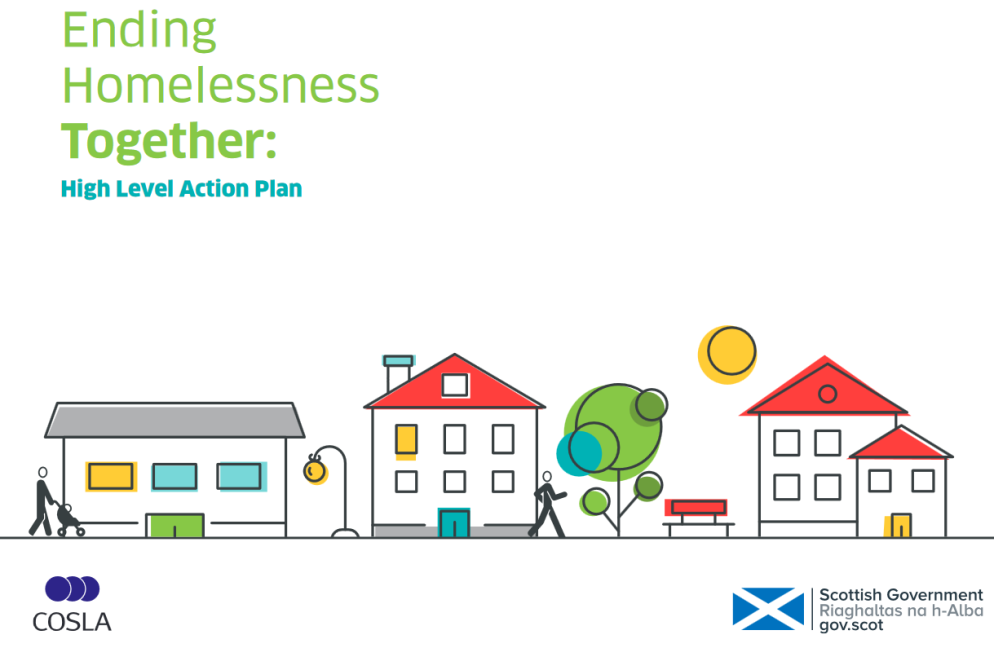 The Crisis chief executive and chair of the Homelessness and Rough Sleeping Action Group (HARSAG), says that much progress has been made in the last year or so. Reported in Scottish Housing News, today:

‘Last week’s seminal debate at Holyrood and the publication of the Scottish Government Action Plan puts Scotland firmly at the forefront of committing to an end to homelessness. Among the many commitments in the Plan, there is now an agreement from the government to bring forward a legislative change to time limit stays in unsuitable emergency accommodation for all homeless people in the next parliamentary year, a legal change that Crisis in Scotland has been actively campaigning on. This action plan is a blueprint to make real and lasting change across Scotland, not only in ending homelessness but in tackling poverty and inequality and improving joined-up working across government departments and public bodies.’

This comes after earlier evidence of progress reported here:

As Scotland fights to eliminate homelessness, in England, it soars, hundreds are fined and imprisoned and others are cleansed from the streets of Windsor’s royal wedding streets.

As Windsor Council calls on police to clear the homeless from its streets before the royal wedding, Scottish Government gives £328 000 to reduce rough sleeping this winter

The world’s biggest sleep-out raises £3.6 million and 475 homes are allocated to homeless people in Central Scotland

Homelessness falls in Scotland as it rises in England, mainly driven by heartless Tory welfare reforms

Becoming a better kinder country? ‘Quantifying kindness public engagement and place: Experiences of people in the UK and Ireland’

2 thoughts on “Progress on ending homelessness in Scotland”