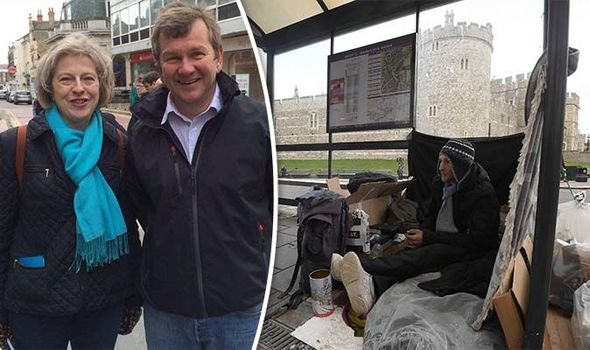 ‘In Scotland, homeless applications in 2015/2016, were down 4% on the previous year. There was a fall in 22 out of Scotland’s 32 local authorities. It’s thought that the continuing fall in homelessness, during the period of SNP administrations, is mainly due to the introduction of the Housing Options service in Scottish local authorities with an emphasis on prevention and the abolishment of the Priority Need Test in Scotland. The underlying drivers of homelessness such as UK Government welfare reforms remain the same and make the above fall something of an achievement. It is, of course, still wholly unsatisfactory that here should be any homelessness in this country.

In England, in sharp contrast, homelessness is on the rise from 11% in 2009/2010 to 32% in 2016/2017. According to a report from the National Audit Office (NAO), reported strangely in Scottish Housing News, households in temporary accommodation in March 2017, were 73% up on 2011. The NAO attribute this in the main to [Tory] welfare reforms. Homelessness has increased every year since 2010 with steep increase in rough sleeping and families living in temporary accommodation. English Ministers are accused by the NAO of being slow to understand the problem. I suspect that’s far too understanding of the NAO. Do they really think Tory minsters give a?’

Today, in the Guardian, we read:

Meanwhile, back in Scotland, we heard, a few days ago:

‘Gazing down on the handful of colourful, cottage-style houses set amongst flower beds below, Rico Wallace jokes that he is “quite jealous” – and it is easy to see why. Arranged in neat rows on a hillside in Granton on the north side of Edinburgh, with views out to the Firth of Forth, the 11 newly-built dwellings make up Scotland’s first village for homeless people. The development is expecting its first residents within weeks, where they will be supported by a dedicated on-site team until they are ready to move to a permanent home.’

I’ve written several times here on Scotland’s increasingly more enlightened approach to homelessness. If you need a reminder or evidence to use in an argument, see:

As Windsor Council calls on police to clear the homeless from its streets before the royal wedding, Scottish Government gives £328 000 to reduce rough sleeping this winter

The world’s biggest sleep-out raises £3.6 million and 475 homes are allocated to homeless people in Central Scotland

3 thoughts on “As Scotland fights to eliminate homelessness, in England, it soars, hundreds are fined and imprisoned and others are cleansed from the streets of Windsor’s royal wedding streets.”