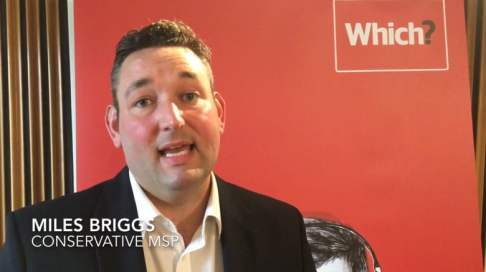 At least this time the Scotsman makes it clear, in the headline, that they are acting merely on behalf of the Tory press office. Usually, they bury the named Unionist politician several paragraphs in, where few of their readers tread or should that be read?

Today, we could read:

‘The comparison between the First Minister and Dr Richard Beeching, who axed railways in the 1960s, was made by Shadow Health Secretary Miles Briggs ahead of a visit to Orkney. Mr Briggs blamed the Scottish Government for a series of NHS cuts outside Scotland’s big cities in places like West Lothian, Perthshire and the Highlands.’

We do eventually get the SNP response, but nobody is reading now, apart from me:

‘But the SNP dismissed Mr Briggs’s remarks as “laughable” and pointed out that it was the Conservative party which established the Beeching Review that was to lead to the closure of many rural railways.’

Miles Briggs gets to say more stuff and, typically, its evidence-free, so here’s some evidence he could do with reading:

NHS England sees 35% increase in patients waiting more than 18 weeks while NHS Scotland reports a fall of 0.2% despite a 14.6% increase in demand

Bed-blocking in NHS Scotland falls by nearly 10% in one year as the rate in NHS England surges to nearly 500% higher, per capita, than that in NHS Scotland!