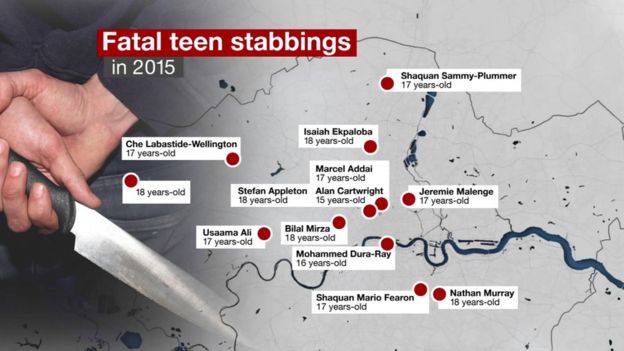 Leaving school in 1969, I remember being afraid to take up my place at Glasgow School of Art such was the reputation of the city, as gangs of knife-carrying teenagers terrorised the housing schemes and even fought in the city centre streets. My walk to Queen Street Station, often after dark, was a time of barely suppressed panic and I often ran, on hearing voices calling ‘Tongs ya bass’ or something like that, from side streets not too far away.

Much has clearly changed in these nearly 50 years. I lost my fear of Glasgow streets some time ago and knife crime in the city is very much reduced judging by headlines like the one above, taken from the Guardian in November. More recently, we even had four murders by knife, in one night, in London.

Also and related, I wrote only yesterday, that the level of violence with injury in Scotland’s university cities is much lower than all of those in England:

Here’s what the Guardian had to say:

‘Knife crime has killed 35 children and teenagers in England and Wales so far this year, meaning that 2017 is likely to be the worst year for such deaths in nearly a decade. Official figures exclusively obtained by the Guardian show that this year will be the worst since 2008 when 42 young people aged 19 and under lost their lives as a result of an attack with a knife.’

So why have things changed for the better in Scotland? The reasons for this kind of change are usually multiple and complex but according to another piece in the Guardian, in December:

‘Treating knife crime as a health issue has led to a dramatic drop in stabbings: of the 35 deaths of young people in Britain this year, none were in Scotland. In 2005, Strathclyde police set up a violence reduction unit (VRU) in an effort to address a problem that had made Glasgow, in particular, notorious. Later that year, a United Nations report illustrated why that strategy was so urgent. The study concluded that Scotland was the most violent country in the developed world. Based on telephone interviews with crime victims conducted between 1991 and 2000, it found that excluding murder, Scots were almost three times as likely to be assaulted as Americans and 30 times more likely than the Japanese.’

The Scottish Government and the Scottish police forces then took action:

‘The VRU, which is directly funded by the Scottish government and has an arms-length relationship with Police Scotland, was later rolled out across Scotland. It has adopted a public health approach to knife crime, in which the police work with those in the health, education and social work sectors to address the problem. The results so far have been dramatic. Between April 2006 and April 2011, 40 children and teenagers were killed in homicides involving a knife in Scotland; between 2011 and 2016, that figure fell to just eight.’

Scotland is changing for the better in related ways too. Domestic violence, hate crime and even homicide are all falling. See these recent reports:

Scotland’s homicide rate falls by 47%, is lower than the rate for England and Wales and has fallen faster than many other countries in the ten years of SNP government

Don’t we all need to see more of this kind of thing reported without having to look for it in the English press?

Footnote: While not wishing to discount initiatives like the VRU, we’ve seen elsewhere, such as in New York’s crime reduction, the possibility of other factors being influential such as a reduced population of young males in deprived areas, the greater appeal of life indoors with new entertainment technologies or even the removal of lead from petrol.

Here’s the argument for lead removal reducing crime but of course it wouldn’t entirely explain the fall in Scotland at the same time as the rise in English cities:

As major global cities like London struggle with pollution, levels in Scotland have dropped by more than 66% since 1990. Has this contributed to falling crime levels too?

7 thoughts on “Of 35 children and teenagers killed with knives in Britain in 2017, not one was in Scotland, yet in 2005, the UN called Scotland the most violent country in the developed world.”