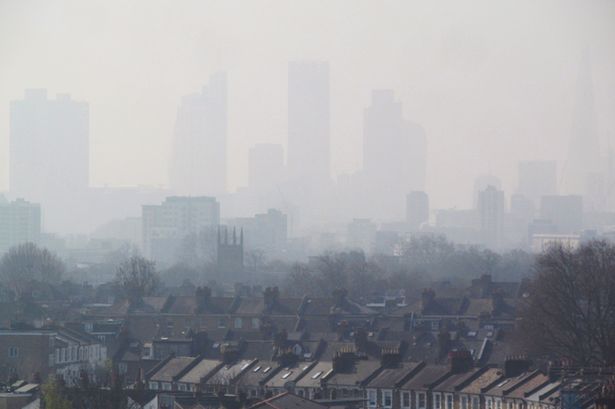 London had a red alert for air pollution seven times in the last year alone. Other major global cities have had to ban cars from city centres on some days to ease the pollution levels. The old and the unwell are dying in increasing numbers in these cities. London has also put a surcharge on diesel-powered vehicles entering the city.

I live on the Ayrshire coast and like many Scots often bemoan the almost constant winds but I guess we should be glad of the air quality they produce.

Recent official figures have shown that, across Scotland, pollution levels are falling dramatically. Most notably, lead levels are down by 99% since 1990. Sulphur dioxide is down 92%, carbon monoxide is down 83% and nitrogen oxide is down 71%.

The massive drop in lead levels after the ban on lead-based petrol in 2000 reminded me of New York mayor, Rudy Giuliani’s claim that his ‘zero tolerance’ policing strategy was responsible for the dramatic fall in crime in the city during the 1990s and early 2000s. The claim was soon criticised by those pesky sociologists (like me) who pointed out that, due to easier access to contraceptives, there were less disaffected young men being born in the troubled ‘projects’ (housing schemes) in the previous decades and that this inevitably reduced the number of offenders from this background. Young males are, of course, disproportionally involved in crime. Further, they drew attention to research that exposure to high levels of lead. Research has shown that exposure to lead during pregnancy reduces the head circumference of infants. In children and adults, it causes headaches, inhibits IQ and can lead to aggressive or dysfunctional behaviour. Lead was being phased out of petrol in the USA from 1975-1986. 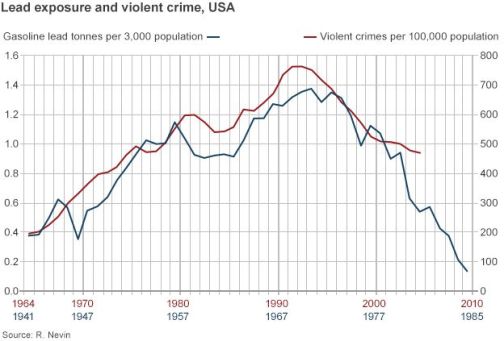 You can read the story in full at the above links.

So, the fall in crime, the researchers argued, was based in large part on a reduced population of potential offenders and a reduced predisposition, among them, to offend in the first place due to not having been exposed to high levels of lead in infancy.

Crime has also fallen in Scotland, as it has across much of the world, in the last twenty years after climbing throughout the 20th Century. Like the New York researchers, I’m not denying entirely the effects of policing policy or other government initiatives and giving all the credit to easier access to contraceptives and falling lead levels. In fact, as you might expect, I’m going to give some credit to the SNP administration for their progressive policies which have reduced the negative effects of Tory austerity policies. I wonder, without hard evidence I admit, if the free bus pass, the winter heating allowance and free care for the elderly has maybe reduced crime by us pensioners? I do not, of course, count forgetting to pay for things a crime in the over 65s.

6 thoughts on “As major global cities like London struggle with pollution, levels in Scotland have dropped by more than 66% since 1990. Has this contributed to falling crime levels too?”