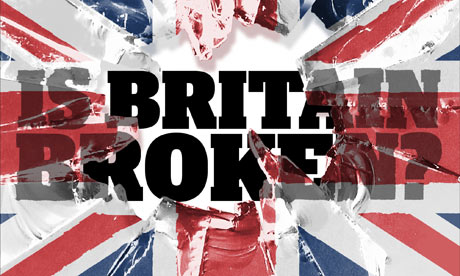 ‘Thousands of individuals and families across Scotland are being forced into poverty as a result of UK welfare cuts. The cuts imposed by the UK Government will continue to reduce welfare, by 2020/21 social security spending in Scotland is expected to have reduced by £3.7 billion since 2010, a new report has found. The annual Welfare Reform report finds that the UK Government’s benefit freeze alone has led to huge reductions in spending – around £190 million in the current year 2018/2019, rising to around £370 million by 2020/21.’

Is the SNP Government acting to moderate the effects?

From the Social Metrics Commission, ‘A new measure of poverty for the UK’, we can see that poverty is still a major problem for Scotland’s politicians but that, due to progressive Scottish Government policies, such as that compensating for the bedroom tax or for protecting the disabled, along with increased social housing provision, the overall situation in Scotland is significantly (in a statistical sense) better here. This is illustrated in Figure 37 from the report, below: 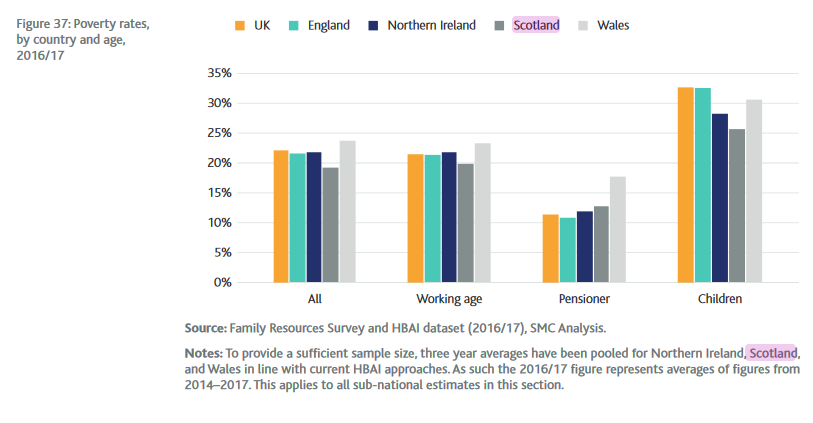 ‘Figure 37 shows poverty rates overall for each country and also split by working-age adults, children and pensioners. The main differences are in the poverty rates for Wales and Scotland, where, compared to the UK average, poverty rates are generally higher for people living in Wales and lower for those living in Scotland.

Recommended reading for next week’s seminar:

Against the odds: Evidence of how SNP policies have defended Scotland against a least some of Tory austerity

SNP administration only government with a commitment to tackle child poverty