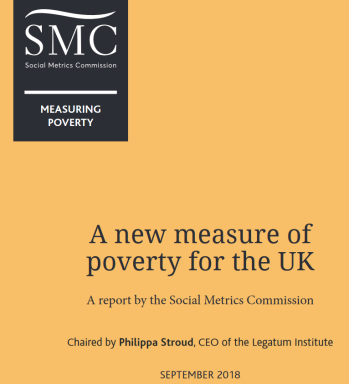 In a new report today from the Social Metrics Commission, ‘A new measure of poverty for the UK’, we can see that poverty is still a major problem for Scotland’s politicians but that, due to progressive Scottish Government policies, such as that compensating for the bedroom tax or for protecting the disabled, along with increased social housing provision, the overall situation in Scotland is significantly (in a statistical sense) better here. This is illustrated in Figure 37 from the report, below:

The last statement is misleading. See below.

The trend also suggests an improving situation with poverty falling faster in Scotland than in the non-Scottish parts. See figure 38:

Once more, the last statement, though strictly accurate, does not capture the limited statistical value of a one-year change nor that it still remains well below rUK levels. This upturn may, of course, be an early sign of the effects of the roll-out of the reserved Tory Universal Credit plan.

Table 9 shows how the poverty rates for people living in different types of families vary across the countries in the UK.

In reading this table, it’s worth noting that the English figure may be misleading as it includes those for the affluent South-east, along with and hiding, those for many other parts of England. Also, you can see there that the difference for pensioner couples is too small to be of any statistical value. Most notable, is the markedly, significantly better figure for couples with children which is 5.8% lower than the 24.9% figure for the UK as a whole. This means thousands of families taken out of the worst of poverty. Given the limitations of devolved powers, this can only be seen as a very impressive result for the Scottish Government and, of course, for the other Scottish agencies involved. 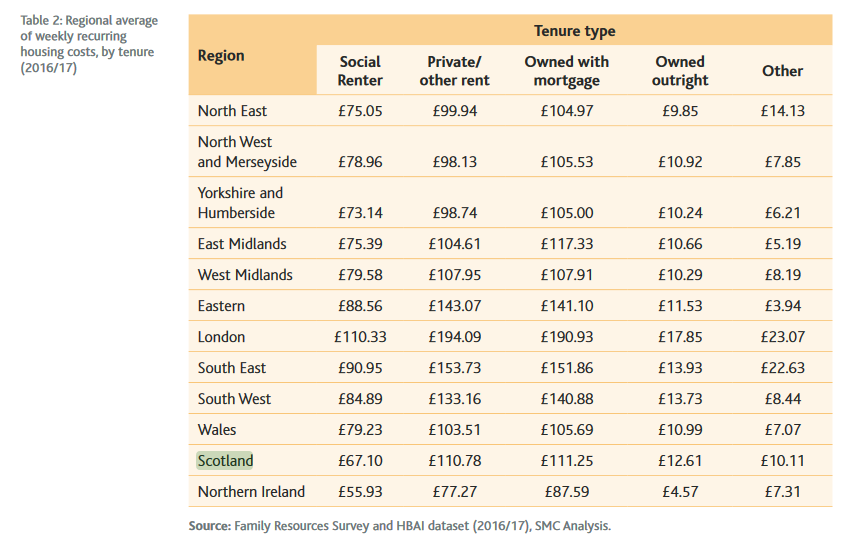 Finally, remembering the greater output of social housing in Scotland, per capita, you can see the significantly lower rent levels for this type of housing in Scotland which will have been a factor in the above overall picture. See this for more detail:

4 thoughts on “Against the odds: Evidence of how SNP policies have defended Scotland against a least some of Tory austerity”