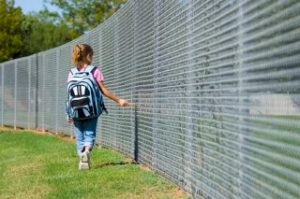 Note: Thanks to reader, the urgent BIGJON999, for alerting me to this.

Permanent school exclusions from Scottish schools have been falling in the period of SNP government. In 2006/7, 248 pupils were permanently excluded, and the figure has fallen steadily to only 5 in 2016/17.

In England, even national figures from the Department for Education indicate that 6 685 pupils were permanently excluded in 2015/16. That would be a staggering one thousand three hundred times more than in Scotland, but the problem may be even more serious:

‘A study by the Institute for Public Policy Research (IPPR) thinktank claims these figures mask the true scale of the problem, with pupils forced out of mainstream schools by informal methods that are not captured in national exclusions data. The report, published on Tuesday, says 48,000 pupils are being educated in the alternative provision (AP) sector, which caters for excluded students, with tens of thousands more leaving school rolls in what appear to be illegal exclusions.’

If correct, English schools are permanently excluding pupils at nearly ten thousand times the rate in Scotland – 8% of the population but only 0.010416% of the permanent school exclusions.

Just one of the reasons why school exclusions need to be minimised is revealed in a further Guardian article:

Previously, I’ve written about possible differences between life in Scotland and that in England with a view to suggesting Scotland is becoming a more collectivist, communitarian, inclusive place, maybe even a ‘better nation’, while poor England, especially under (under is the word) the Tories, is becoming a more divided, unequal and brutal place. Here are earlier reports suggesting a difference that makes a difference:

58 000 baby boxes to help increase life chances and now Scotland will be the first country in the world to provide free sanitary products to ‘end period poverty’. This is the kind of country I want to live in.

Scots the least respectful of the upper classes: More evidence of a difference that makes a difference?

Scientific evidence that Scots tend to be different from the other groups in rUK?

‘Scottish tooth fairies are the most generous.’ See, even more evidence we are different.