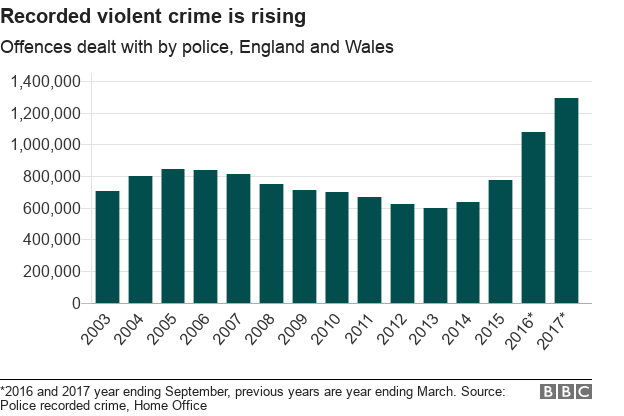 In England and Wales, ‘high-harm’ violent offences involving weapons rose by 16%, in the year-ending March 2018. Homicides rose by 12% to 701 in the same period.

I appreciate that ‘high-harm’ and ‘serious’ violence may not be strictly comparable, but the contrasting trends remain of interest.

This is, of course, part of a long-term trend of falling violence in Scotland in the period of SNP administration, where:

This fall in violent crime is also part of a wider pattern of improvement across Scottish society and in our policing of crime:

Why are prison officers staying in post in Scotland as they flee the tide of violence and self-harm in England and Wales?

Police Scotland, world experts on violence reduction, are now to advise The Met after helping the NYPD and Canada Police. Scotland’s media ignore the story in favour of anything negative they can find.

As reported levels of violence against women soar in England and Wales they seem to be falling in Scotland. Will this be reported?