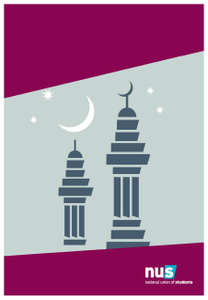 A National Union of Students survey was headlined today as:

‘A third of UK Muslims report abuse or crime while studying’

The survey did include Scottish respondents but, as you might expect, there is more to be said about it than the Guardian noted.

First it was a small and ‘self-selecting’ sample whereby only 578 responses were gathered despite the campaign offering a prize draw of £25 to £150 to ‘encourage responses.’

So, the methodology suggests quite severe limitations on the usefulness of the findings.

If, however, we accept, as did the Guardian, that the study does have some value as an rough indicator of a problem in UK higher education, then the geographical breakdown of the responses is of interest to us in Scotland.

Only 3% or 17 of the respondents, were based at Scottish Universities. Scotland has 7.7% of the UK population. I appreciate that, to be more accurate, I would need to know what percentage of all Scottish and UK HE students report as Muslims, but this very low response level, despite a prize being offered, suggests that the problem of abuse or crime against Muslim students may be less prevalent in Scottish universities.

Perhaps strengthening the case, we already know that hate crime is falling in Scotland as it climbs elsewhere in the UK. See:

Off course, we also know that violent crime in Scottish university cities is significantly lower than in any other UK university cities, in the first place, so a lower level of crime or abuse against Muslim students may be just part of that wider pattern: