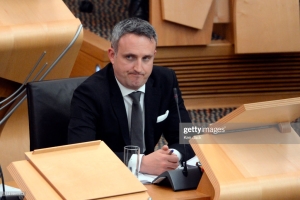 In Holyrood on Monday, Alex Cole-Hamilton asked the Scottish Government whether it plans to introduce the National Child Measurement Programme in Scotland, which was introduced in England in 2005, in order to tackle childhood obesity? Is he daft or just deliberately provocative? England’s attempts to reduce obesity are failing! Why on earth would we copy their 14-year-old unsuccessful plan when ours are already succeeding?

Does nobody in the Opposition Parties / MSM Alliance read reliable, peer-reviewed research? No. See this:

From the London School of Hygiene and Tropical Medicine, reported in the Independent on 26th May 2018:

How good is the English system? It’s not good at all:

Is the Scottish system working? See:

SHOCK: Scotland has 35% more teachers per capita than Tory England and 46% more than Labour Wales!

Words fail me. Lack of brains or big blinkers fail them.