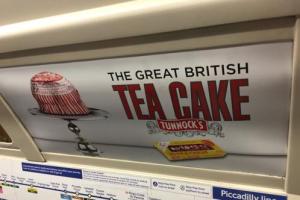 Readers will remember with a shudder the above advertising, betraying Scotland in 2017. Supposedly it was to attract sales in Japan where they supposedly have a passion for ‘British goods.’ Yeh, yeh, like the ones I met on Islay who had supposedly come because of their passion for peaty British whisky!

Goals Soccer Centres today confirmed that former chief executive Keith Rogers and ex-finance officer Bill Gow are being investigated as part of the company’s probe into alleged fraud. Gow, from Glasgow, left Goals in July last year and has since January been listed as finance director of Thomas Tunnock, the maker of world-famous tea cakes. According to reports the two former directors have strenuously denied any wrongdoing. Earlier this month Goals said “improper behaviour” by a number of individuals had been uncovered in a revelation that means it will have to leave the stock market. The discovery – believed to be a VAT underpayment of at least £12 million – means there is now significant doubt over the accuracy of the group’s accounts stretching back many years.