‘An oil and gas sector deal bid — submitted last year by a group of industry bodies — predicted a total spend of £176 million “had the potential” to deliver £110 billion for the UK economy between now and 2035, with Scotland being a main beneficiary.’

Perhaps another reason is because they don’t plan to tax the oil industry too much in case they offend their Eton chums or because some of us think Scotland might become rich after independence? It’s clear that they have not done so in the past. See this from Platform London: 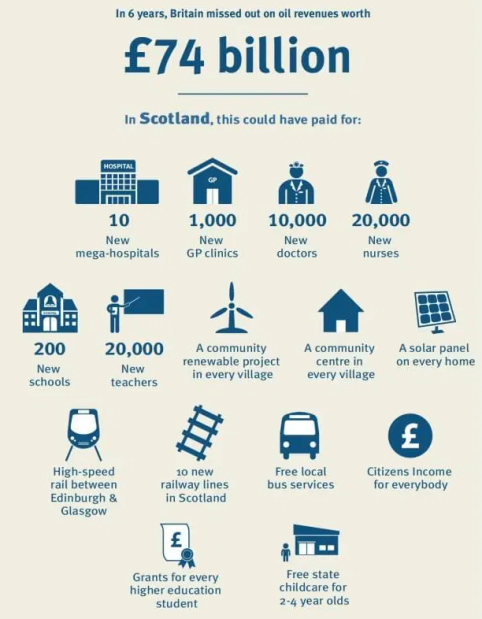 ‘Platform’s research, compiled into a simple infographic, shows that:

If Scotland gains full control over its energy resources, whether through independence or devolution-max +energy, it could follow the Norwegian model, rather than replicating the UK fiscal regime.
* Norway is a comparable oil province to the UK Continental Shelf.
* The UK does not have higher costs; investment in Norwegian offshore drilling has been consistently higher than in the UK.
* Norway’s fiscal regime is not a deterrent to investment. According to the Norwegian Ministry of Petroleum, it is “designed to be neutral, so that an investment project that is profitable before tax will also be profitable after tax.”