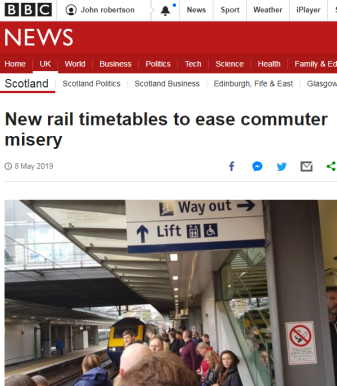 Misery, not ‘misery’, notice? That means it must be scientifically observable misery reported by a representative sample of commuters in an independent study, and not just a quote from a commuter or even just made up by a reporter. Strangely enough, ScotRail did not promise an end to ‘misery.’ They said:

‘We are working flat out across the ScotRail Alliance to give our customers that improved service. We are committed to improving the quality of the experience on Scotland’s railway, through this investment in faster journeys, more seats and more services, and this month’s timetable change is another milestone in that journey’

Maybe they did not mention misery because they have not been told of any misery by commuters. Could that be because of this: 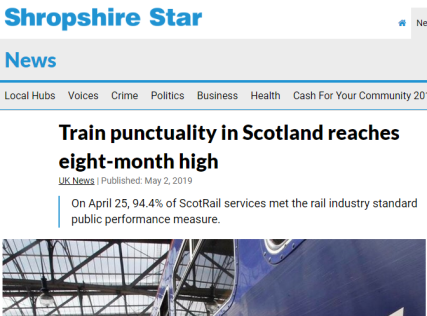 Only tiny percentage of ScotRail trains ‘stop-skip’ and for ‘good reason?’

Rail improvements funded by Scottish government on time and on budget 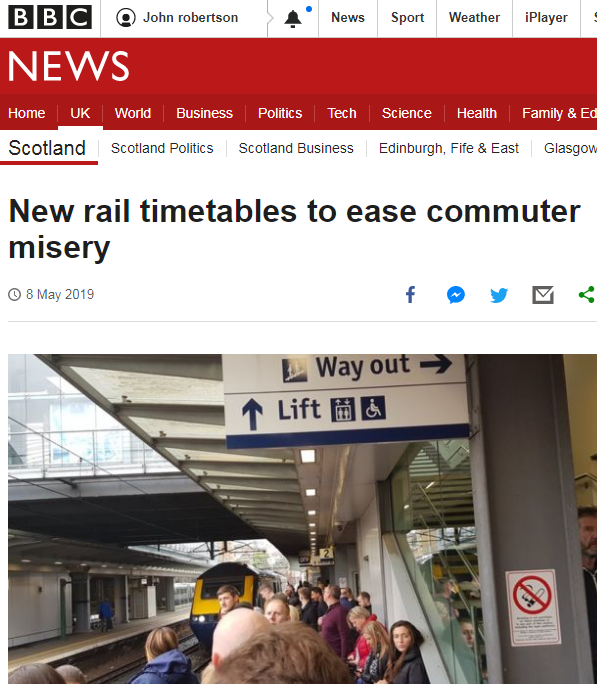