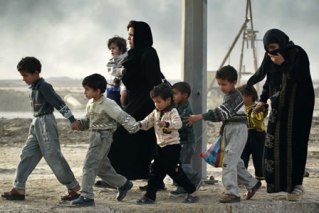 Here’s what Iain McWhirter wrote in 2014:

Iain McWhirter of the Herald has between getting some unwarranted abuse on Twitter recently. A twitterer whose opinion I usually agree with has defended him and suggested that his federalism is a respectable position to take. I’m not so sure. Simply, by definition, federalism means that you accept the foreign policy and the military strategies of the supra-state, Britain. This means you must accept some responsibility for the bloodletting, the creation of dysfunctional states and the consequent blowback of mass migration and terror in Europe. Thus, Iraq, Syria, Yemen and Libya are yours. You must accept the meaningless deaths of Scottish soldiers and the bombing of civilians by our pilots. You must accept the nuclear weapons on the Clyde and dumping of nuclear waste around Scotland with the health risks that produces. You must pay for the aircraft carriers which cannot defend us but only project power into the lives of others less powerful. You must accept the gross inequality and the power of an aristocracy which both disgusts and demoralises. I could go on but isn’t federalism, with all this, just as bad as imperialism itself? Maybe it’s worse, because because you’re choosing in full knowledge, to stay with an abusive partner only because you fear a reduction in your living standards.

2 thoughts on “Is McWhirter’s Federalism really a respectable position for the Scotland we want when we must then embrace this?”