Thanks to a parliamentary question at Holyrood, last week, MSPs and state journalists were shocked to discover that NHS Scotland has 2 594 staff for every 100 000 people while NHS England has only 1 952 for the same population – over 25% more!

Finally, for hospital consultants, another group in a supposed staffing crisis, NHS Scotland has 101 per 100 000 whereas England has only 86 – 20% more.

In the last two key groups, GPs and consultants, Labour-controlled Wales has fewer even than England. 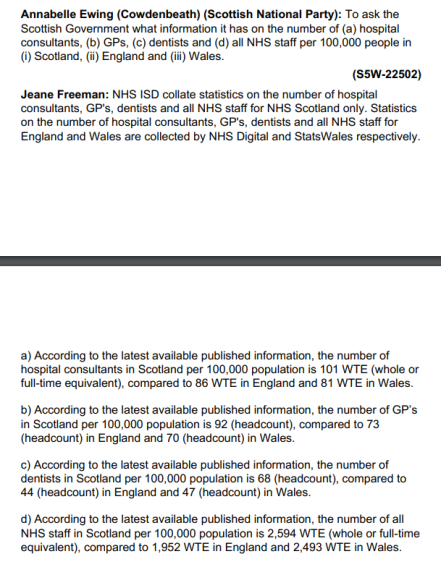