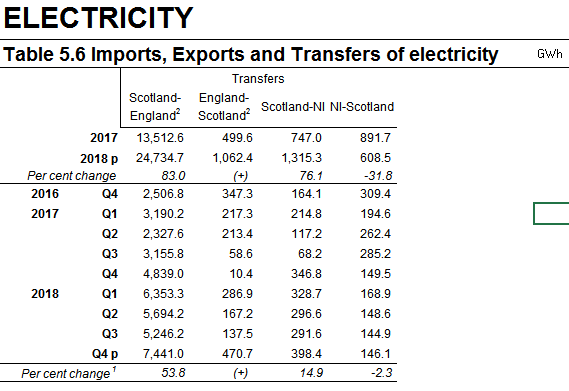 These UK Government figures, released two days ago, reveal the massive and increasing level of transfer of electricity from Scotland to England. In 2018 only, the transfer rate increased from 13 512 GWh to nearly 25 000 GWh. 1 GWh would heat 700 000 homes! This 83% increase is hidden in the above 53.8% increase total adopted.

Note that the ratio of transfers from Scotland to England compared with those from England to Scotland is 25 to 1!

Thanks to @Tam__Jardine for alerting me to this.