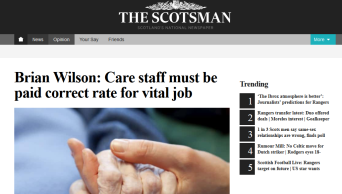 With Richard Leonard, you sometimes think ‘puir auld sowel, he disnae ken ony better’ but with the altogether more cunning, Wilson (rattus hebrideus), we know he knows he’s spinning smelly wee fibs in this piece which seems to be actually suggesting a raised living wage for, just, Western Isles care staff. I suppose that apparent contempt for national standards is typically Blairite.

Wilson’s enthusiasm for better pay didn’t seem to be translated into visible action on his beloved Celtic FC: 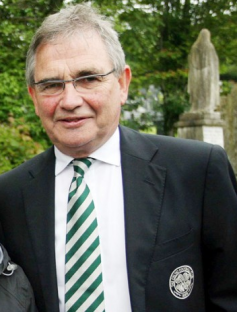 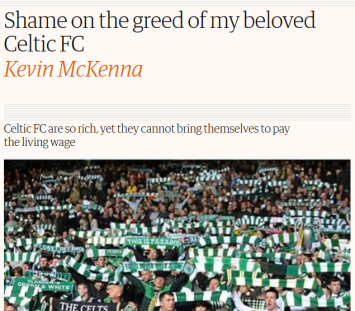 I know, they have paid up now, grudgingly.

Back to the story today:

In the headline, we see the suggestion that the care staff are not being paid the correct rate and then:

‘The Western Isles is short of care workers but paying them a decent wage might alleviate that.’

‘The hard work of caring for the elderly and vulnerable in their own homes is currently rewarded at the bare Living Wage and councils have no money to change that.’

Four humanitarian interventions by the Scottish Government in 4 days! ‘Scottish carer’s allowance to be 13% higher than the rest of the UK’

Perhaps most interesting for us propaganda students was Wilson’s opener:

‘Sometimes it helps to see national problems taking shape through the prism of a small community where numbers are comprehensible.’

When I read that, I thought:

‘Sometimes it helps a propagandist to present Scottish problems as if they were taking an unhealthy shape through the distorting prism of a small atypical community where numbers are too small to be reliable.’

Finally on the living wage level:

13 thoughts on “Labour’s saddest auld git, Brian Wilson, finishes the 2018 season for Labour with a late tackle and a red card”

Leave a Reply to Bugger (the Panda) Cancel reply