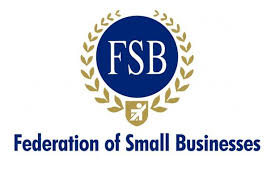 In that neo-Marxist Nationalist rag, often rejected by our state broadcaster, Insider, yesterday:

‘Firms with fewer than 50 employees sustain up to seven in ten private sector jobs in parts of Scotland, according to new figures from the Federation of Small Businesses. FSB Scotland’s research found small business employment is proportionately highest in the Orkney Islands, the Western Isles, Shetland, the Borders and Argyll & Bute. In these areas smaller firms generate at least half of private sector jobs. But the statistics also found that nearly 80,000 people are employed by small businesses in Glasgow – more than in any other council area. Edinburgh follows closely behind with more than 72,300.’

A plausible explanation for the above, at least in part, lies in Scottish Government efforts to supports SMEs here.

First, the Scottish Government reported on October 31st2017, that a record number of SMEs had benefited from the expanded Small Business Bonus rates scheme in 2016/17. 104,000 SMEs qualified for relief under the scheme reducing or removing rates bills. In many cases very small businesses had their rates bill removed entirely.

Second, the Scottish Government has ensured that 50% of public sector spend has gone to small businesses in contrast to the UK level of only 19%

‘Gales of creative destruction’ as Scottish small businesses get 50% of public sector spend? In the ‘UK’, it’s only 19%