Glenn’s face on Brewer’s Sunday Politics yesterday, as he gave in to the overwhelming evidence that Scottish fishing rights were clearly not going to be protected by the Tories, with only a quick ‘It’s not over’ inserted, was a picture of angst. There clearly are times when even the stoutest supporter of the Union realises that he cannot construct an alternative story that anyone will believe.

However, Glenn does have a record of more successful campaigns, beginning with his 2009 US tour supporting FM Nicola Sturgeon. He appeared to reject the notion of covering the First Minister’s speeches and used the opportunity to try to find evidence that folk in the US hated the Scottish Government for letting the alleged Lockerbie Bomber go. However, one US citizen, Jeanne Tomlin, thoroughly Chomskyed him with this analysis:

Off topic, but this is one IRRITATED American. Would you PLEASE take Glenn Campbell back and SHUT the man up. How skewed can a reporter’s work get? He belongs at Pravda.

He is consistently misreporting and skewing American opinion. Notice reporting in a restaurant they cut out the owner’s opinion PRO-MacAskill. When American express bafflement, he tries to turn it into hostility.

WORSE, he has consistently omitted parts of his interview with a representative of our State Department. What was REALLY said?

The EXACT conversation was this:

QUESTION: Glenn Campbell from the BBC: Has the United States forgiven the Scottish Government for releasing the man convicted of the Lockerbie bombing?

MR. KELLY (US State Department spokesman): Well, our views on that issue, of course, are extremely well known. Again, we’ve passed these views both in private channels and in – also publicly. I think just about everything that we have said to the governments in London and Edinburgh through diplomatic channels have mirrored what we’ve said publicly. I don’t think it’s a matter of forgiving anybody. I think all along, we recognized that Mr. MacAskill had the right to do what he did. We objected extremely strenuously at many different levels and in many different channels to the release of Mr. Megrahi. I think at this point, we’re looking to move on.

NOT what Mr. Campbell and the BBC wanted to hear apparently from the way they consistently edit his comments to leave the part about “nothing to forgive” and “he had the right to do what he did…”

DISGUSTING. It belongs in Pravda. You PAY for this stuff, right? My sympathies.

Don’t hold back Jeanne. Say what you think.

A similar though more restrained view of this coverage was taken by GA Ponsonby of Indyref2 who wrote:

In analysing Glenn Campbell’s reports, I was struck by how many questions and issues were completely unrelated to the First Minister’s trip [to UN in April 2017].  Most could have been covered at any given week in the calendar.  I formed the view early on that he wasn’t there to cover the trip, but to detract or distract from it.

I’ve long held the view that Glenn Campbell should have been moved from political reporting after the first independence referendum.  He is simply unable to resist the temptation to inject his own agenda-driven asides into news reports and jab misrepresentations into interview answers.  He has a tabloid mindset that rears its pro-Union head all too often.

Readers of this site will of course have their own views on the merits of Glenn Campbell’s peculiar style of reporting.  My view is that he is the least trusted of political reporters at Pacific Quay for good reason.

Then in 2014, I was able to report on similar techniques used by Campbell to distort and to twist the evidence. I note that the name ‘Campbell’ when translated from Gaelic, means ‘twisted mouth’!

So, in April 2014, as the Scottish Independence Referendum loomed for him:

‘Glen Campbell refers to only a ‘slight’ narrowing of the polls despite evidence of a gap which according to a New Statesman report in April, has narrowed from 24 to 8.’ (p44)

‘The issue hovered around the fringes of debate for a while until one morning a BBC reporter called Glenn Campbell filed a report that suggested at least one current EU member was against Scottish independence. An item broadcast on Radio Scotland in March heard Campbell’s colleague Gary Robertson tell listeners that the Government of Luxembourg had “broken the mould” and had come out against a Yes vote….Within days of the item appearing on the BBC, Luxembourg officials complained that they had been misrepresented…..According to the Luxembourg’s English speaking news organisation Wort, the phrase ‘going separate ways’ was not a reference to Scottish independence but was in fact a reference to the UK Government’s anti-EU European stance!’ (p60)

‘The party [Labour] was -and still to some extent is -claiming that Labour for Independence was a front set up by the SNP….A BBC Scotland online article written by reporter Glenn Campbell contained an image which had come from the official No campaign group ‘Better Together’. The image had been altered to include the phrase ‘SNP Cllr’ beside three men who were pictured holding a Labour For Independence banner which proclaimed – ‘Yes is the future!’…The images distributed by Better Together – and published by the BBC – had in fact been cropped in order to remove other individuals who were holding a Yes Scotland banner.’ (P61)

The best Campbell could manage yesterday was to insert a desperate ‘It’s not over’ with regard to the selling out of Scottish fishing rights.

Now, I often disagree with some who argue that most BBC Scotland reporters are consciously biased and deliberately act with bias. I fully accept that Campbell knows what he’s doing and has a clear agenda constrained only by his need to be able to deny it. In today’s youth-speak, he’s ‘awoke’. There are others too, especially at Good Morning Scotland. However, for many, I don’t think they are consciously acting to damage the Independence cause but, rather, just going along with the flow, believing it’s just what really is out there, being reported because the editor says its important, or what the people want to hear.

Here is how Elisabeth Noelle-Neumann explained the emergence of a dominant way of thinking and behaving which she applied to Nazi Germany and later to the US, in the 1970s:

‘Spiral of silence is the term meant to refer to the tendency of people to remain silent when they feel that their views are in opposition to the majority view on a subject. The theory posits that they remain silent for a few reasons:

For this theory to be plausible it relies on the idea that in a given situation we all possess a sort of intuitive way of sensing what the prevailing opinion happens to be.’ (masscommtheory.com)

Applying this to BBC Scotland staff doesn’t mean that they are always consciously biased against independence though they, especially the senior and managerial staff, may be so. When Glenn Campbell was caught on screen tearing up an SNP leaflet, we got a wee glimpse. Rather, I’m saying that it is, mostly, unconscious predispositions nudging them toward choices which favour the Union. Noam Chomsky though often accused of being a conspiracy theorist, by those who had failed to understand him, was saying essentially the same when he talked about how consent is manufactured. Stepping back onto the thin ice of a Nazi analogy, Sir Professor Kershaw’s notion of ‘Working toward the Fuhrer’, can be added to this dark way of explaining bias. Reminding us that Hitler gave few direct commands but, rather, by his speeches, set the parameters for the behaviour of those below him in the Nazi system, to please him. Here’s how Kershaw puts it:

‘Everyone who has the opportunity to observe it knows that the Fuhrer can hardly dictate from above everything which he intends to realise sooner or later. On the contrary, up till now everyone with a post in the new Germany has worked best when he has, so to speak, worked towards the Fuhrer. Very often and in many spheres, it has been the case—in previous years as well—that individuals have simply waited for orders and instructions. Unfortunately, the same will be true in the future; but in fact, it is the duty of everybody to try to work towards the Fuhrer along the lines he would wish. Anyone who makes mistakes will notice it soon enough. But anyone who really works towards the Fuhrer along his lines and towards his goal will certainly both now and in the future one day have the finest reward in the form of the sudden legal confirmation of his work.’ (wikipedia.org)

Try reading that but substituting the words ‘Head of News’ for ‘Fuhrer’ and ‘reporter’ for ‘his’, ‘everyone’ or ‘everybody’.

Imagine inside the mind of a BBC reporter or a junior editor. See little stories on paper, some favouring independence, some favouring the Union, falling downward in a spiral. Some are caught by the unconscious mind and others fall into the silence below. The unconscious mind programmed by years of Unionist education, Unionist socialisation in the mainstream media and the words of current senior staff, catches mostly the pro-Union stories and reports them as representing the world, outside their minds even though they more accurately represent the world within their minds.

So, BBC Scotland staff are not Nazis. Trying to survive inside an hierarchical power-based system, they’re just like citizens under Nazism.

To conclude, please pass this to our Glenn: 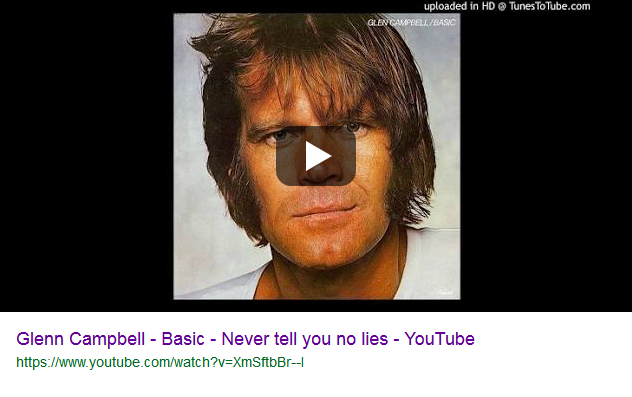 Footnote: Surely one of the BBC Scotland staff is Jewish thus making this whole report, me and my dog, anti-semitic?

8 thoughts on “The Campbell is Coming! As Glenn Campbell returns to the frontline is he the most ‘awoke’ Unionist at the BBC?”