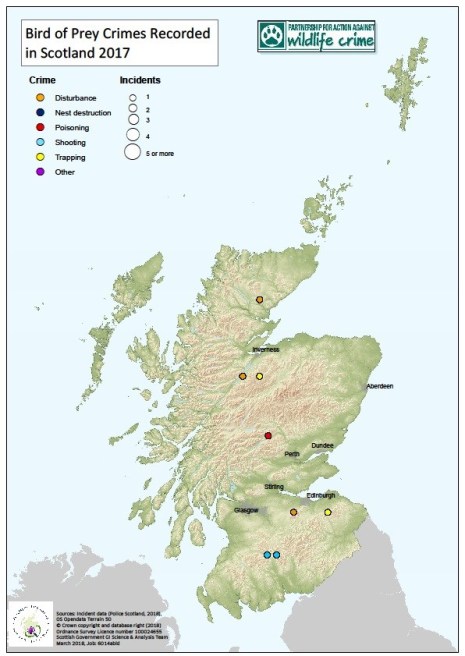 ‘2017 saw only one recorded incident of illegal bird of prey poisoning in Scotland, according to new maps published by the Partnership for Action Against Wildlife Crime (PAW) Scotland. This is the lowest total in a single year since PAW Scotland began compiling data for 2004 onwards. There was a further 36% fall in all recorded bird of prey crimes during 2017. The new figures show 9 confirmed crimes compared to 14 the previous year.’