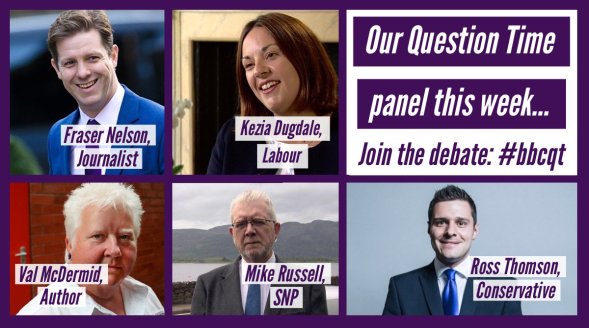 Mike Russell got thoroughly outnumbered last night by several ranting, self-obsessed and not too bright attention-seekers, enabled by Dumbledore, before he was stabbed in the back by Dugdale, so we heard barely a trace of intelligent discussion on education. On top of that, the otherwise sensible crime writer delivered the rambling uneducated fantasy tale nonsense of ‘inspirational’ teachers ‘allowed to teach’ being better than a systematic coherent curriculum, guaranteed for all and not just a handful of bright wee Fifers favoured by their English teacher. Then we had Fraser Nelson! I find it difficult to understand his marble-filled mumble, but I think he was saying that Scottish education is failing because one teacher he knows has told him it is.

I spent 40 years in school education, in teacher education and in research methods education. I wrote curriculum resources (Mathematics for 5-14-year-olds) which were used by thousands of teachers in the old Strathclyde region (population of Wales). I had educational research published in peer-reviewed journals. I read and evaluated hundreds of educational research studies and I summarised the findings for students, practitioners and policy-makers. I’ve got six postgraduate awards including Master of Education and PhD. I don’t care that it sounds pompous, it does, but I think I might have something more useful to say than most on Question Time last night:

For more detail on these topics, see:

Forget PISA’s tiny unreliable samples: Scotland has the best school attainment outcomes in the UK because it has the most teachers per pupil

More students from the most deprived parts of Scotland are entering Higher Education but, once again, BBC Scotland attempts to mislead us

95% of Scottish college-leavers have positive destinations