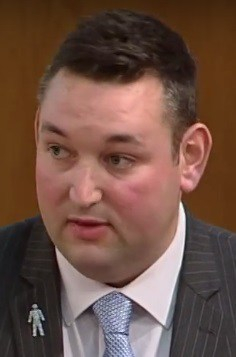 Under the headline, ‘Anger over £15m spent by Scots NHS on taxi journeys’, the Scotsman wrote: ‘There are now calls for a review of patient transport services across Scotland amid opposition claims that some of the cash could be better spent on patient care’ but read the article and you find that the only call and the only claim is just the one by Miles. I guess only Miles was angry about it too. However, we find out below, that his anger may have been about the fact that the cost of using taxis had actually fallen, last year, robbing him of his story.

I’m angry too. The Scotsman has done the usual cheap tabloid trick of using figures for three years but implying that they are for just one to get a bigger more dramatic figure. Only £4.7 million was used on taxis in 2017/18, or 0.036% of the total £13 billion NHS budget. That represented a fall of £0.7 million or roughly 14%. So, the trend is steeply down but the story needed to big it up?

‘A knighted Tory landowner charged taxpayers £163 for a night in a luxury hotel and £113 for a taxi ride to an airport, the latest MSPs’ expenses returns has revealed.  Sir Jamie McGrigor, former Conservative MSP, for Highlands and Islands, claimed a total of £680 for a trip to Norway in May 2015, final-year expenses for 2015/16 shows. ‘

‘Conservative MPs have been told they can take night-time taxis to anywhere in London and book hotels for up to £150, even if they have spent the evening in the Commons bar. MPs are likely to spend much of the autumn in late-night votes, with the Tories expecting that Labour will force all-night sittings before the end of the year as parliament begins key debates on Brexit.’

Why ‘even’ if they’ve been in the bar all night? Surely, they will have been?

The Conservative Party – Miles by taxi!