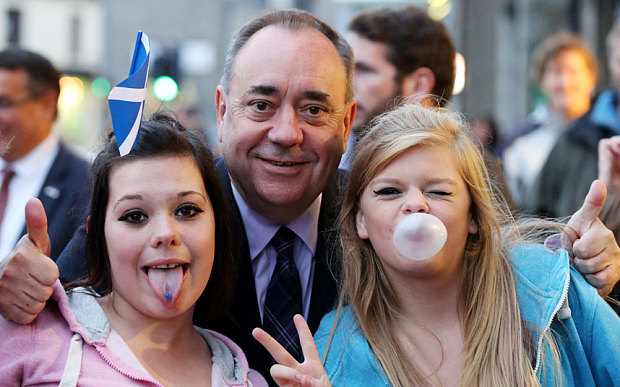 From the ONS yesterday:

‘Scotland is the only country to show improvements across any measures of personal well-being. Between the years ending December 2016 and 2017, improvements in worthwhile and happiness ratings in the UK were driven by Scotland, where average (mean) ratings also improved. Interestingly, average life satisfaction ratings also improved for Scotland; however, there were no significant changes for ratings of anxiety. No overall changes were reported for any measure of personal well-being in England, Wales or Northern Ireland.’ 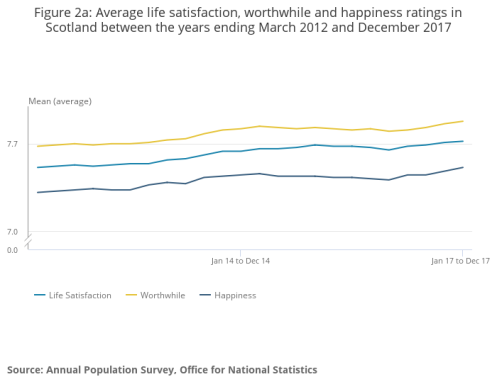 Now, of course, I’m not really claiming a direct causal relationship between SNP rule and a sense of well-being in Scots. Going by the Scotsman’s regular trolls, there are a number people really pissed-off with SNP rule. However, two important points are worth making.

First, if Scots had been shown to be less satisfied with life than others in the UK or if the trend had been downward, you can be sure the SNP would be getting the blame.

Second, there is clear evidence from research:

‘Happiness economics has shown that the degree to which people feel they are in control of their lives positively correlates with personal life satisfaction. In a parallel manner, economic freedom has been found to exert an independent impact on life satisfaction over and above the impact on per-capita income levels and other indicators of material well-being.’

Now this is from the Fraser Institute. No, not the ‘of Allander’ version much loved by Reporting Scotland and doom-sayers, across the country, but the Canadian one.

One the one hand, South Ayrshire Council has wasted public funds which I contributed to in council tax, on ripping up a protected cycle path which I hoped to use, because of the pressure from self-interested overweight Tory car drivers. I may be over-generalising there but I’ve met one or two of them.

On the other hand, free University tuition for my children, free prescriptions for me and my family and my bus pass, to name just three factors, have surely had a quite direct effect on my individual economic control.

Of course, there is still room for improvement in my level of personal life satisfaction. Redundancies at Reporting Scotland as viewing figures are revealed, the final collapse of the Scotsman, Herald and Daily Record and the utter destruction of the Scottish Tories after this final betrayal over Brexit, would cheer me up no end.

8 thoughts on “Do Office for National Statistics figures reveals SNP rule is good for us? The Fraser Institute seems to agree”