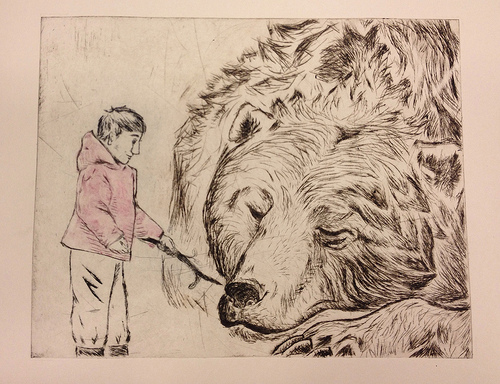 The economists in question are from the Fraser of Allander Institute. You might remember them. They wrongly predicted a recession in the Scottish economy back in early 2017. You’ll see from the title of the piece I wrote then (link below) what I think of their abilities:

Scotland in recession? No, the economy is growing. Are the Fraser of Allander Institute and its media followers talking through holes in their bahookies?

The FAI is a right-wing, neo-liberal, Union-supporting bunch of ‘researchers’ who like to call themselves ‘independent.’ The BBC likes to use them, when they can, to cast doubt on the health of the Scottish economy. Their latest report, according to BBC Scotland, suggests:

‘Scotland’s growth is being held back by the clutter of initiatives coming from the Scottish government, according to a leading economic think tank. The Fraser of Allander Institute (FAI) has criticised the number of different strategies and advisory groups looking at Scotland’s economy. It has warned they can lead to confusion and duplication.’

They are far from ‘leading’ as is apparent in the lack of hard evidence for their thesis. I have a feeling that if we had less initiatives, they’d be complaining about the gaps in the strategy. Perhaps most important, their narrow focus on growth, as in GDP, reveals them to be well behind the curve. Leading economists, these days, have turned away from using GDP. See this from real professor Richard Murphy at City University in London:

‘There will, no doubt, be those saying that low GDP growth (and none in terms of GDP per head) is bad news for Scotland. This, though, assumes that, first of all the GDP data is right, and second that GDP matters. There is no way we can be sure that the GDP data for Scotland is right because the calculation of GDP requires accurate data on imports and exports from Scotland and all experts agree that Scotland does not have that information. In that case whether or not the data is accurate depends upon whether or not a fair proportion of estimates to and from Scotland to the rest of the world, as well as to and from the rest of the UK, are correctly estimated. I have my doubts about this and explained why to the Scottish Parliament last year……We now know that GDP is a poor indication of well-being. In particular, the share of wages in GDP has been falling steadily over time whilst that of profits has been rising…..The Scottish Government would be wise to adopt increases in median pay as its economic goal and stop worrying about the nearly meaningless Scottish GDP measure that is beloved only by those who do not seem to have the best interests of Scottish people at heart.’

Also, see this from really-leading economists at Davos:

‘Three leading economists and academics at Davos agree: GDP is a poor way of assessing the health of our economies and we urgently need to find a new measure. Speaking in different sessions, IMF head Christine Lagarde, Nobel Prize-winning economist Joseph Stiglitz, and MIT professor Erik Brynjolfsson stressed that as the world changes, so too should the way we measure progress. A country’s GDP is an estimate of the total value of goods and services they produce. But even when the concept was first developed back in the late 1930s, the man behind it, Simon Kuznets, warned it was not a suitable measure of a country’s economic development: “He understood that GDP is not a welfare measure, it is not a measure of how well we are all doing. It counts the things that we’re buying and selling, but it’s quite possible for GDP to go in the opposite direction of welfare” ‘

Finally, real evidence that the Scottish economy is robust can be found in a wide range of indicators reported here in previous months. See, for example:

And more evidence of a strong economy: starting salaries in Scotland increase at quickest rate for more than 3 years

Clear signs of a robust economy? 15% increase in Edinburgh office take-up in 2017 and Glasgow set for a ‘stellar 12 months.’

The Auditor General strongly, with no qualifications, commends the Scottish Government on its ‘sound’ management of the economy. The lowest under-spend since devolution.

With only 8% of the population, Scotland’s maritime sector accounts for 25% of the UK maritime sector’s (GVA) contribution to the economy and is 17.5% more productive than the UK marine oil and gas sector. Once more, too wee, too poor?

12% increase in the formation of social enterprises in Scotland over only 2 years leads to a £2 billion economic contribution to Scottish economy.

I could give you more.