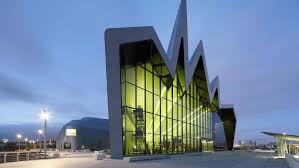 ‘As part of its annual travel list, the publication [New York Times] has compiled a rundown of 52 must-visit cities in 2018. Glasgow was in tenth place and the only city in the UK to make the list.’

‘The CNN article celebrated the Dundee Waterfront scheme, which is set to hit crucial landmarks in 2018 including the opening of the new £80m V&A Museum of Design.’

Glasgow’s two new distilleries and the Riverside Museum were factors in its placing while the £80 million V&A Museum played a big part in Dundee’s entry.

It’s especially good to see Scotland’s two ‘Yes cities’ doing so well. These awards come in the wake of others such as:

Rough Guide readers have just voted Scotland to be the most beautiful country in the world!

‘Edinburgh ranked second in the world for quality of life’

Just good news with no buts.