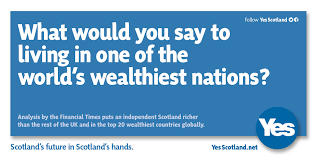 The case is building with the entry of Professor Andrew Cumbers who supports the Business for Scotland report as ‘correct’ in its assessment of the failures of the UK government to tax the oil majors at the same time as they were being taxed quite heavily by every other oil producing nation. See this graph from my earlier piece on the same topic: 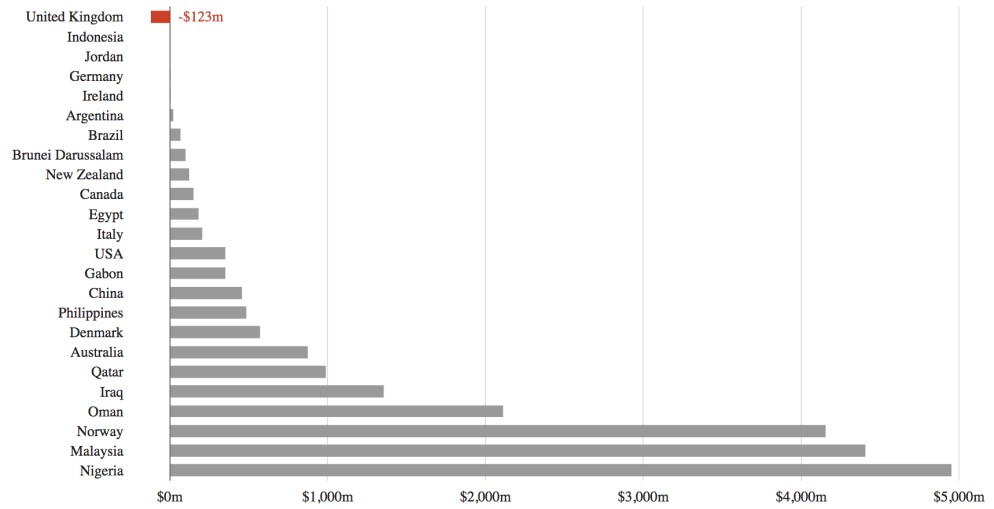 You’ll see at the bottom of this article the many media reports on this story. An answer is needed from Westminster. Professor Cumber and Business for Scotland re-told a story that had already been told in 2016 by the International Transport Workers’ Federation and reported in Tax Justice:

‘New analysis of the UK’s North Sea oil and gas suggests that the combination of tax giveaways by the government, and aggressive avoidance by multinationals, means that the country may actually be subsidising the extraction of its natural resources. A new report published today by the International Transport Workers’ Federation (ITF) sets out a series of shocking statistics on the UK’s failure to obtain an appropriate share of its own resource wealth. Among them, these stand out:

The ITF argue that while the oil sector has successfully lobbied for and won huge tax breaks from the UK government, the companies involved continued to pursue aggressive tax avoidance as standard practice. The Chevron report (see graphic for UK structure, click to enlarge) provides a detailed case study of tax dodging tactics which are replicated by others, particularly Nexen – on which the Times had a frontpage splash yesterday, using ITF analysis to show that the Chinese government-backed company received tax credits of £2 billion.’

Now, writing for Common Space, Professor Cumber has added his weight to the Business for Scotland report and by implication, the earlier ones:

‘ENERGY SECTOR expert Andrew Cumbers, professor of regional political economy at Glasgow University, has told CommonSpace that a recent controversial report by the pro-independence think tank Business for Scotland is “correct about UK mismanagement of the North Sea, and I think that goes back years”.’

To further elaborate the evidence from the graph above and the quote just above, here is an extract from the CommonSpace account:

‘The BFS report, released in anticipation of this week’s Government Expenditure and Revenue Scotland (GERS) figures, claimed that the UK’s mismanagement of North Sea oil had cost Scotland tens of billions of pounds in the two years since the collapse in oil prices. BFS said that during the price crash, when a barrel of oil lost more than half of its price-value, Norway has made almost £29.33bn in oil and gas revenues. By contrast, the UK is predicting it will lose nearly £22.8m. However, BFS also pointed out that Norway kept taxation on oil at and gas at 78 per cent, and drew on its sovereign wealth fund to help workers, rather than subsidising large oil companies, as the UK does with its policy of tax rebates for new oil field exploration and rig decommissioning. If the UK Government had adopted the same policy, Scotland would have a multi-billion pound oil fund…..The continued approach to North Sea oil and gas … basically seems to be driven largely by corporate interest.’

Other coverage though often contaminated by Murdo Fraser:

Energy Voice | UK Government accused of ‘mismanagement’ of oil and …

Revealed: Westminster and the big lie about Scotland’s oil (From …

This story should not be allowed to die. At the very least it has been incompetence or chummy corruption but it is also highly coincidental with Westminster’s need to undermine the case for Scottish independence in 2014 and in the years running up to the referendum.

8 thoughts on “Why were tens of billions in oil revenues lost by UK government? Would they have made Scotland seem too wealthy in September 2014?”