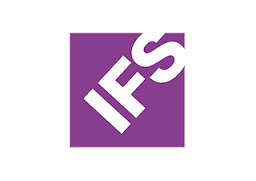 The Institute for Fiscal Studies has just released a report which shows that Scotland is second only to South-East England, out of eleven regions surveyed, in terms of median income.

Figure 3.9 from the report shows the current level of inequality between the UK regions and countries, after housing costs are taken into account. You can see the dramatic effect housing costs have in incomes in Scotland, the South-East and London giving Scotland the second-highest median income in the UK.

Figure 3.10 below shows how Scotland has caught up and surpassed most of England since the 1970s. According to the report, most of this progress happened in the last two decades. We can safely assume that the greater autonomy in economic decision-making will have been the major factor in this post-devolution period. Though this cannot be proved based on the data presented, I suspect the greater competence and greater willingness of the SNP to divert from and to introduce more radical innovations than the UK government will have accelerated this in the last decade, under their rule.

Regardless of any explanation, this is good news. I appreciate that these data tell us nothing about inequality within the regions and countries though the Scottish Government building twice as many affordable homes per capita than in England will have helped.

3 thoughts on “Institute for Fiscal Studies reveals Scotland to have become more affluent than every other part of the UK bar the South-East of England and that much (most?) of this improvement has come under the SNP”