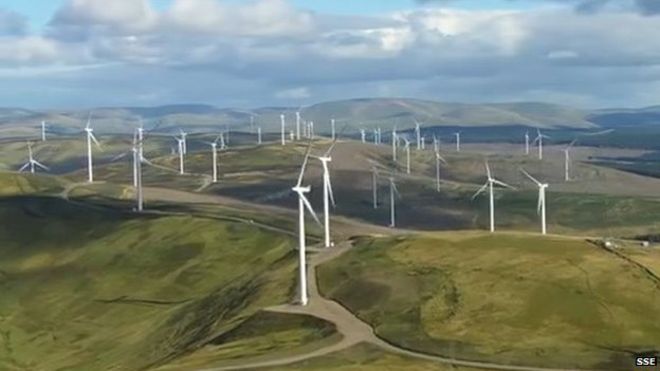 Strong winds in June resulted in a 24% increase in onshore wind farm output over last year. It’s only the most recent of many records in the renewables sector. These are only from as far back as May:

You’ll find numerous other reports if you just search for ‘record’ on this site. All of this, further increases confidence in the prediction of 100% renewable supply by 2030.

A blustery June meant that wind generated more than 1 million MW which would have been enough for 3 million homes or 124% of the energy needs of more house than we have! Remember we also have offshore windfarms and tidal turbines.

On the 6th of June, alone, enough wind power was generated to power 5.68 million homes, if we had them.

Over the whole six months of the year, wind turbines generated more than 6.5 million MW, enough to power 3 million homes.

The only barrier remains storage but developments are underway on this too. See:

Suddenly there’s a brilliant alternative to oil rig decommissioning costs. You can store Scotland’s surplus renewable electricity with it and it’s low-tech.