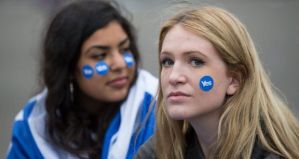 Published nearly two months ago by the YCWA, I missed Status of Young Women in Scotland 2015 first time around. Was it covered in the MSM? The section on the part played by the Independence Referendum in engaging and in including young women makes interesting reading:

The young women we spoke to were overwhelmingly positive about the Scottish Independence Referendum process; both in terms of political experience and due to their excitement at being the first generation able to vote at the age of 16 and 17. Across the interviews there was a commonly-held view that, from a gender equality perspective, the referendum experience was “different” and “better” than the 2015 General Election. Young women offered different explanations for this. Some focused on the nature of the political discourse, noting that women were considered a key voting group and thus campaigners did their utmost to engage and appeal to women voters. Others suggested that – unlike typical general election campaigns in which people are often quiet about their voting intentions – the referendum sparked great public and private debate, with extensive conversations among friends, within households and across communities. They felt that this grassroots approach was more inclusive than typical political campaigns, which often focus on party leaders, manifestos or the views of particular newspapers. Some suggested that the referendum had a better gender balance simply because more of the senior political figureheads in Scotland are women, compared to the male-dominated parties at Westminster 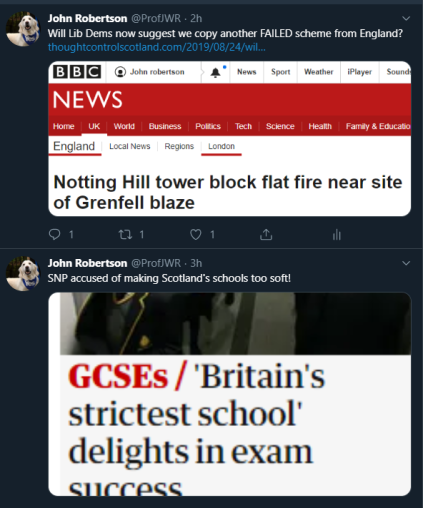 The Scottish changes then go further than the incoming English regulations, outlining a more comprehensive series of measures designed to improve building safety broadly. In the same vein as the controls on combustible materials, the Scottish regulations will makesprinkler installation mandatory in flatted accommodation, larger multi-occupancy dwellings, and places that deliver care. They will also introduce measures to improve evacuation procedures, including the requirement for sound alerts and two escape stairways in all new high-rise residential buildings, and create specific fire safety guidance for the people that live in them.

For more on the other two bright ideas see:

From SPS for Scotland:

So, population of Scotland is just over one tenth of that of England and Wales and the prison death rate, in most years, is the same, one tenth.

Yet, even the respected though little-read Holyrood magazine allows it to be described as a massacre:

I could so become PM! Don’t be ridiculous!

Despite the feverish early efforts of the meeja (especially in Scotland) to promote La Swinson (?LowJo) as the new Anointed One for the britnat cause in Scotland there has been precious little sign of any particular movement to date.

The main development of which I have become aware has been the defection of a solitary tory cooncillor and a solitary labour cooncillor to LowJo’s ragged regiment. Curiously, both these defections occurred in the South Lanarkshire Council which has a minority SNP administration. The britnat defections may well assist the SNP administration by diluting the opposition. Link and snippets below: Note the very warm welcome that LowJo’s  Scotland branch manager Wee Wullie is offering to disaffected tories. Note also how the tories seem perfectly happy for their erstwhile member to go perch with LowJo’s merry band (all jolly good britnats together, what ho?). The labour group chap’s comments are rather less sanguine – one can almost  sense the existential stress that he is observing within his struggling party’s Scotland branch office. (Guys like him really need to wise up – and seriously ask themselves why they are not finding themselves able to act in Scotland’s interests instead of always holding onto Nanny UK’s apron strings).

Hamilton West & Earnock councillor Mark McGeever announced he was quitting the Tories on Mr Johnson’s first full day in office, arguing the party had “abandoned” the political centre ground and was looking for populist answers.

A Scottish Conservative spokesman said: “Mark leaves with no hard feelings from us, and we wish him all the best for the future.”

A second South Lanarkshire councillor has defected to the Liberal Democrats.

Reflecting on her decision, Cllr Dryburgh said: “My politics have not altered but the Labour Party has now moved to a place where I can no longer support them. I am vehemently opposed to Scottish independence and I firmly believe that Britain is better off in the EU.”

The leader of the Labour group in South Lanarkshire, Joe Fagan, said: “The Liberal Democrats are currently led by one of David Cameron’s Ministers from the coalition years. Jo Swinson helped the Tories impose austerity economics and rip up the welfare state as we know it. That is not the kind of government I want for our country and I don’t really think it’s the kind of government Fiona would want either.”

Mostly in response to daft stuff in the BBC, Herald and Scotsman sites: 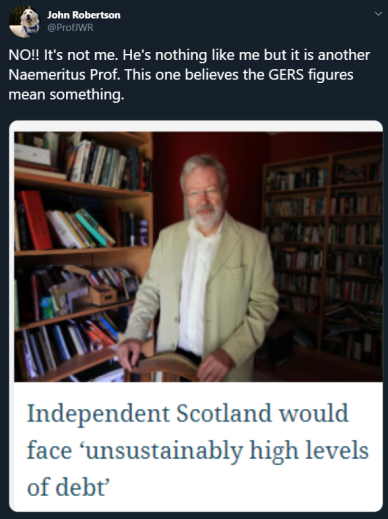 Thanks to a parliamentary question from Monica Lennon (SCLABR) on Wednesday asking for a gender breakdown, TuS can reveal a significant increase in the number of female and male graduate apprenticeship starts and a reduction in the gender gap, between 2017/18 and 2018/19: 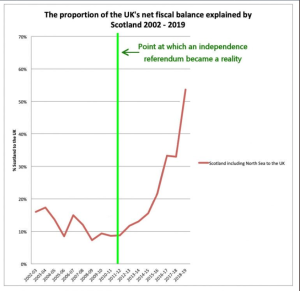 The GERS data is ludicrous: Scotland does not generate 60% of the UK’s net fiscal deficit 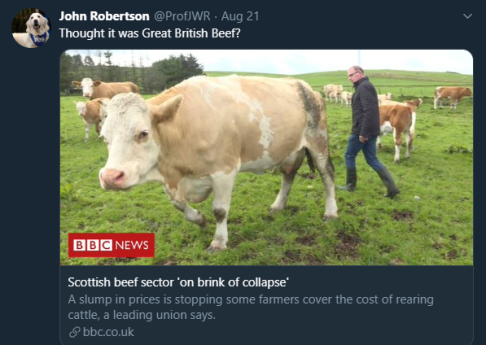 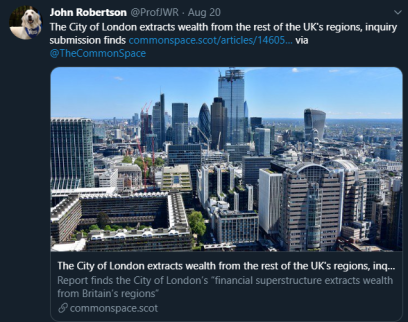 I’m finding myself doing more via Twitter and apparently getting up to 80 000 impressions. Will keep blog going but finding less time to respond to comments below.

Let me know if the blog is your only contact.

In Holyrood on Monday, Alex Cole-Hamilton asked the Scottish Government whether it plans to introduce the National Child Measurement Programme in Scotland, which was introduced in England in 2005, in order to tackle childhood obesity? Is he daft or just deliberately provocative? England’s attempts to reduce obesity are failing! Why on earth would we copy their 14-year-old unsuccessful plan when ours are already succeeding?

Does nobody in the Opposition Parties / MSM Alliance read reliable, peer-reviewed research? No. See this:

From the London School of Hygiene and Tropical Medicine, reported in the Independent on 26th May 2018:

How good is the English system? It’s not good at all:

Is the Scottish system working? See:

SHOCK: Scotland has 35% more teachers per capita than Tory England and 46% more than Labour Wales!

Words fail me. Lack of brains or big blinkers fail them.