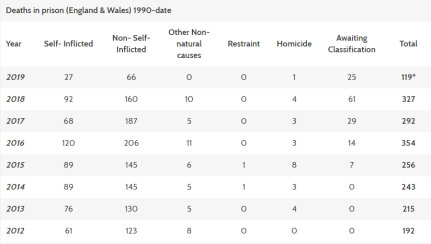 From SPS for Scotland:

So, population of Scotland is just over one tenth of that of England and Wales and the prison death rate, in most years, is the same, one tenth.

Yet, even the respected though little-read Holyrood magazine allows it to be described as a massacre: