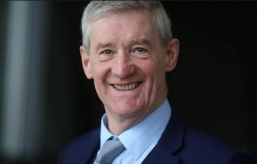 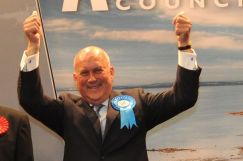 The EU threshold target is the strangely precise 95.24% of farmers to get their benefit payments before 30th June [‘EU satsumas forcing difficult numbers on Scots civil servants! PC (percentage counting) gone mad!’]. As you can see from this parliamentary question and on answer on Wednesday 3rd July, 95.4% were met overall on time and, within the scheme, some targets were met nearly in 97% of cases. 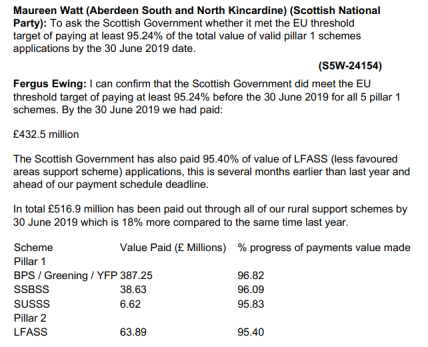