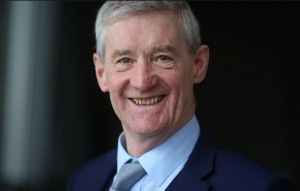 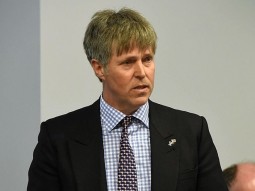 As their colleagues in Westminster drive us carelessly toward the cliff-edge of a no-deal Brexit, Peter Chapman (see below) and Edward Mountain (really), on Thursday, asked EIGHTEEN parliamentary questions on what the SNP Government is doing to cope with the fucking chaos their own lot are responsible for, beginning with this:

To ask the Scottish Government, regarding its consultation, Stability and Simplicity, what plans it will put in place during the implementation period for Scottish agriculture.

With just over four months to go until Brexit, it is not even known if there will be an implementation period. That would require the UK Parliament to agree the Withdrawal Agreement. At this stage the uncertainties around Brexit mean that the Scottish Government, but more importantly our farmers, crofters, foresters, land managers and rural businesses are unable to plan with any certainty. As a no deal has not been ruled out altogether the Scottish Government has had to plan for the worst case scenario and has put preparations in place to ensure that CAP support payments can continue to be made to farmers and crofters I also continue to push for a clear guarantee on the UK Government’s funding commitment to maintain the same level of ‘farm support’ until the end of this Parliament. This is vital for Scottish agriculture, because as things currently stand there is not a firm guarantee from HM Treasury for CAP Direct Payments for 2020, or any contracts for CAP Pillar 2 after the end of 2020.

I won’t bore you with the others. These people have no shame! See this on Chapman:

Scottish Tory MSP has resigned from the party’s front bench after admitting a “foolish oversight” when he lobbied local councillors about a planning application in which he had a financial interest.