Alexander Burnett (Aberdeenshire West) (Scottish Conservative and Unionist Party): To ask the Scottish Government what support it will offer people in Scotland who lost money due to the collapse of London Capital & Finance to seek compensation.

Kate Forbes: This is a stressful time for all who are affected by the collapse of London Capital and Finance (LC&F). The regulation of financial services, including the services your constituent has highlighted, is a reserved matter to the UK Government. Consequently, Scottish Ministers are unable to intervene in the practices employed by financial services companies or in individual complaints.

I know, not all of the investors will necessarily be Tories, but I feel sure the majority are, that ‘his constituent’ is and that few will be anywhere near the poverty line even after this. It’s not a priority for the SG in these times of austerity and punishment of the poor, the disabled and migrants. 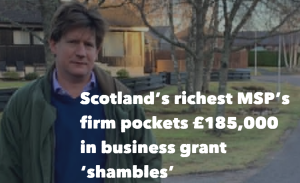 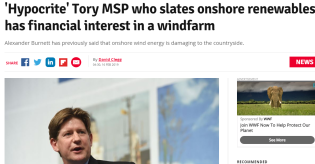 Anyhow, why is Holyrood being bothered with this? See this from 3 weeks ago:

4 thoughts on “Is Scottish Tory expecting Scottish Government to use Scottish taxpayer funds to compensate or to advise his Tory voter who lost money due to UK Tory incompetence?”