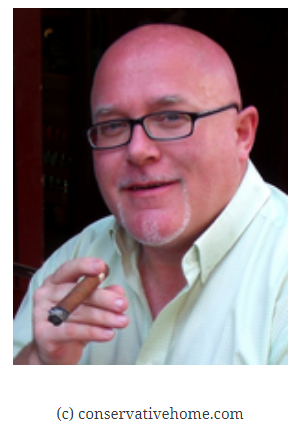 Did everyone notice what a total roaster of a Brexit party MEP the good folks of N.E. England managed to elect themselves last week? – Yes – it is the same Brian Monteith (now resident in the south of France) who was too ghastly for even the Scottish Tories to tolerate. Link and snippets below: (I feel sorry for the good folks of N.E. England but it’s not as if they weren’t warned about him).

In an interview conducted by the Chronicle, the MEP candidate didn’t clarify that he would relocate to the North East should he win the election, or even whether he would move back to the United Kingdom should a no-deal Brexit be enacted.

In response to being asked whether it is important for an MEP candidate in the North East to be from that part of the country, Monteith said that “I don’t think it’s necessary for me to be from here… This is about Europe”.

In 2006 Monteith announced he would not stand again as an MSP, saying he “would rather return to commerce than be a one-man band swimming against the treacly tide of collectivism in the Scottish Parliament”).

Truly the Brexit world is barmy.