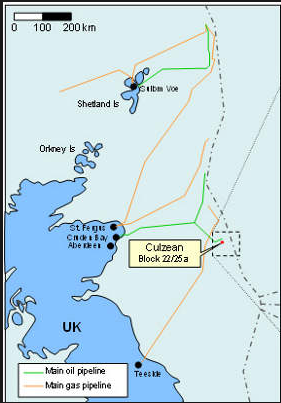 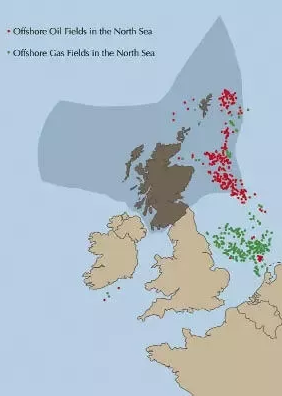 There’s no mention at all of Scotland in this exciting, for the UK Treasury, Energy Voice report. I wonder, where is the Culzean field?

‘Culzean is a high-pressure / high-temperature (HP/HT) gas field located in Block 22/25a (License P111) of the UK continental shelf (UKCS), around 145 miles east of Aberdeen at a water depth of approximately 90m.’

145 miles east of Aberdeen. That’ll be in Scottish waters even after the Brown/Blair realignment?

‘Energy giant Total has said it is just weeks away from starting up production at one of the UK’s largest offshore gas fields. Total has been working towards first production from the Culzean “mega-project” in the central North Sea, which is expected to produce 5% of the UK’s total gas demand at its peak.…It was the largest UK gas field to be given the go-ahead in 25 years when it was sanctioned in 2015….Total is currently the largest producer in the UK North Sea….Total is planning to drill new wells at the Isabella prospect in the Central North Sea, Aspen in the southern sector and a new well in its Alwyn area in the Northern North Sea…. “It is an exciting time to be working in the UK and I’m proud to lead our company here.”’

5% of the UK’s total gas demand at its peak? All of Scotland’s?

2 thoughts on “‘Total weeks away from start-up of one of UK’s largest gas fields’ in Scottish waters?”