Of course, all suicides are deeply tragic, inside or outside of prison, but it’s important that they are represented in the media accurately and tastefully, in the interests of all: prisoners, warders, relatives, decision-makers, all of us. Contrary to the image presented by Reporting Scotland and even by the National, suicide is relatively low in Scottish prisons and is falling. See this earlier report regarding the level:

As for geographical comparison, I’m grateful to reader:

for providing a useful link in a response to the above report. Based on this 2017 research: 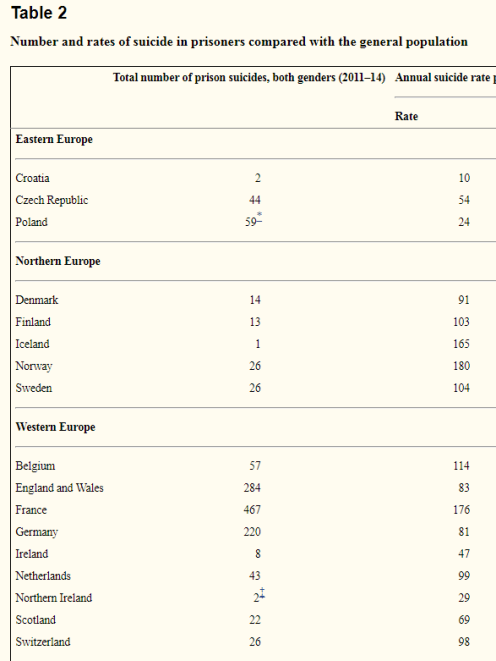 There’s clearly something to be learned from Northern Ireland, Ireland and Poland – Catholicism? We can also see, below, that the rate in prison is only slightly higher than that out of prison suggesting that prison conditions are not so harsh as to be exacerbating it: 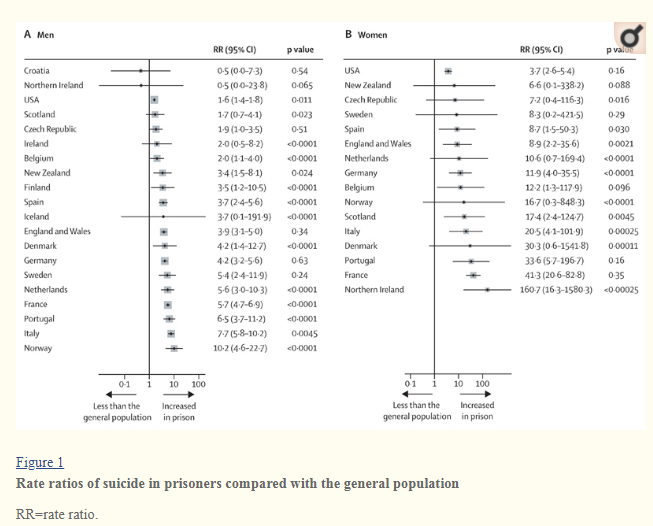 You can see in the above that the suicide rate for men in Norway is notably higher than for the general public whereas for Scotland it is almost the same.

Less clear in its meaning to me is the fairly strong correlation in this data between the suicide rate in prisons and the overall incarceration rate suggesting that the higher the percentage of the population you put in jails the lower the suicide rate in prisons! Of course, many other cultural factors will be influential here. The outliers such as Norway and France are the most intriguing and puzzling. Could it be that in a country where incarceration is rare, it is more shocking, shameful, isolating, to be punished in this way?

The more people you put in prison, the lower the suicide rate there?