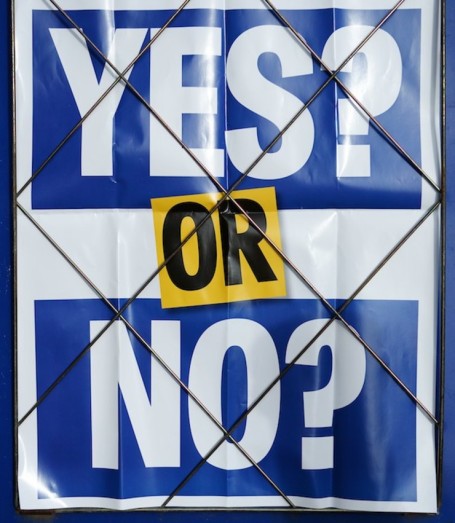 In one of the first full-Scottish polls for some time, respondents were asked how they had voted in 2014 but not how they might vote in another independence referendum. It’s an obvious missed opportunity, unless your funder has reason to fear the result. Anyhow, there’s still a lot to ponder over and to influence future strategy by both the SNP and the Yes movement.

1 011 Scots, 16 plus, were surveyed by Survation for the Scottish Daily Mail, online between on 1-4 March 2019. As with the six or seven recent sub-polls, support for the SNP was in the 41% to 44% range. I suppose that confirms the actual level of support unless there is something dodgy in all of their sampling. We’ll find out soon enough.

Of particular interest were the answers to questions 8 and 13.

8: If the election were tomorrow, which party would you be most likely to vote for with your first constituency vote?

Remember when female support was supposedly being held back by dislike of Salmond’s macho, bantering style? It certainly looks as if Sturgeon is more appealing to women than to men. Given their longer life expectancy and thus great presence in the older more engaged population, that seems positive for the future. Further related evidence of this has already been identified in a 2018 survey on referendum voting intentions:

Both these polls suggest a major change since the 2012 study by Strathclyde University which concluded:

‘Women are less inclined to support and to join the SNP because they are markedly less supportive of its central objective of independence for Scotland.’

Let’s hope Prof Curtice is up-to-date on this.

With regard to sustaining the male support, perhaps pushing Swinney and Russell forward more often would help? Both have a pleasingly combative style when demolishing opposition representatives including, of course, Gordon Brewer.

Confirming something we’ve known, for some time, the results illustrate the strong correlation between aging and Unionism. The SNP has well over half of the ‘34 and under’ voters but barely a third of the ‘over 55’ voters We really need to get the former out and, perhaps, ??? the latter?

The regional breakdown is not too surprising but the relatively high figure for South Scotland might suggest that the current Tory incumbents are not safe.

For some time, I’ve been repeating the story that SNP support correlates inversely with income – the more you earn the less likely you are to vote SNP. On the basis of this, it’s not true anymore, and support is fairly evenly spread other than for the Lib Dems who appear more popular with the better paid. I’m sure there’s something there for SNP strategists.

The final two columns, correlating party support with 2014 voting, is interesting in many ways. Some Tory and Lib Dem supporters voted Yes! Quite a few Labour supporters voted Yes and, astonishing to me, 15.5% of current SNP supporters voted No. I’m going to react optimistically and suggest that, after all we’ve watched recently at Westminster, the former are now going to float into the SNP camp and the latter will have become solid Yes.

13: Which of the following best summarises your view on the timing of another independence referendum?

Just as they did not ask the obvious question about how respondents might vote in Indyref2, they cunningly split the support for a future referendum taking place. Leaving out the DKs, 65% of Scots want a second independence referendum.