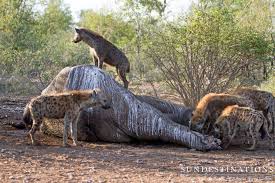 The latest, from YouGov again, has the SNP stable at 41 but the Conservatives continuing to climb at 29 and Labour fading dangerously to only 14%. 160 Scots responded on 18 and 19 February.

As before, this is a sub-poll so there are limitations but when it seems to be telling a similar story to all of the others in the same approximate time period, we can probably give it some credibility.

So, we can say again that media stories of civil war and allegedly damaging sex scandals are having no effect on the SNP or on the Tories. We can, also, say with some confidence that Scottish Labour is collapsing, and that Unionism is sadly trumping social values in those deserting to the appallingly stupid Scottish Tories.

There is, however, a strange smell about both the Tory swell and the SNP stagnation below 50%. I have, only, a gut feeling about both but I know it’s a shared one. While I accept the notion of ‘shy Tories’, I do not believe we are approaching 30% support for them and I live in a town where they hold both the MP and MSP positions, marginally. I also do not believe that, after five years of population change and, even more so, after these last two years of farcical, disgusting behaviour by Tory leaders, that the SNP has not swallowed enough former Labour supporters to push up to around 50%

As you know, I’m a statistically crude information handler without the skills to seriously attack these polls but, readers help me, are they understating support for the SNP and overstating it for the Tories because of their sampling? Are their samples, perhaps because they’re constructed at the UK level, too adjusted in favour of:

Subtle masters of the arts of psephology and of significance, and the like, do not snigger. I was a mere prof of media representation and psychological effects, requiring only a few scatter and bar graphs for my evil purposes.