This isn’t the first time I’ve had to fail members of the class for serious mistakes, especially G Herrod and R Espcot, in the reading and reporting of statistics, but these will be the lowest marks ever due to the frankly awful misrepresentation of what the data do actually tell us about trends.

Question 1: Using the ISD data, what does this tell us about A&E performance? 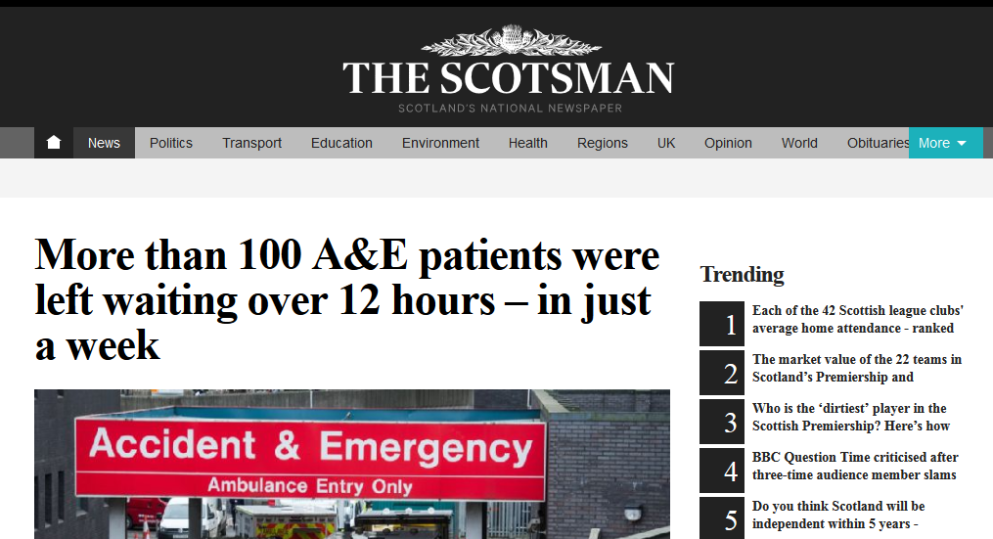 What about English data for context? Ironically, you could have looked back at the first week in February 2018 for a comparison and you would have found a fall from then in performance of 2.5% or ‘nearly 3%’!

Question 2: Using the ISD data, what does this tell us about trends in the discharge of the terminally ill from hospitals? 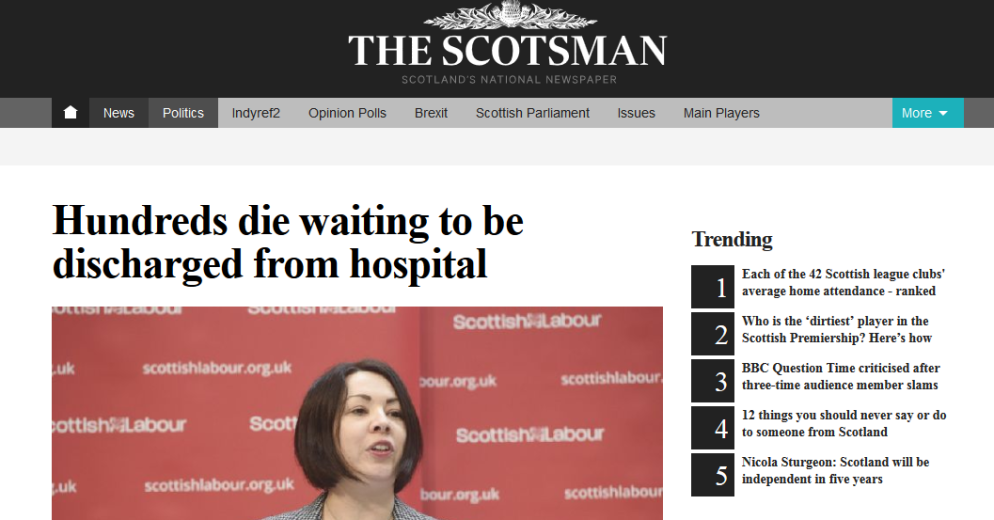 Isn’t the trend in this graph somewhat obvious? Why have you not mentioned this? Why were you not precise with your headline figure? Why is there no context at all?

Also, I’ve warned you before of the risks in hanging about with Speech & Drama students especially M Lennon.