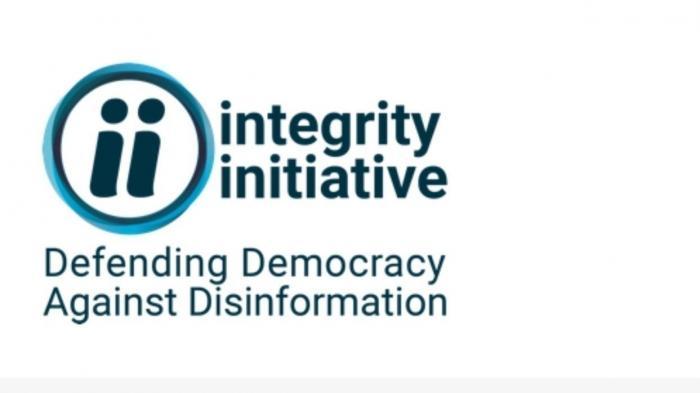 In case you haven’t been keeping up to date on the latest integrity initiative, its ties to the BBC and peddling anti-Russian narrative (with links to the paranoia filled Leask), RT (strangely enough) has a good piece on the latest leak – naughty naughty uk spreading their disinformation to the Balkans – but that’s what happens if you give your secret services untrammelled powers, so I’ve heard,

Sorry for not keeping up a positive take, but sometimes it’s healthy to let it out. I mean, we have direct links between an MP getting paid by a gold investment company, but barely reported, corruption and shitty behaviour at all levels in Westminster, barely reported, a wholly incompetent uk government – oh can’t say a bad word about them – , the whole world watching what they actually do in the House of Commons and laughing, it’s embarrassing (amusingly so in some cases right enough), and the whole world suddenly paying attention to the fact that Scotland STUPIDLY voted against independence in 2014 in bewilderment, it’s embarrassing, and the entirety of the English population still arguing with each other vehemently over something that has already happened – they are STUPID!

My latest suspicion on the reason for the decision to leave the EU – I have not abandoned the reasoning about how much the UK state government / actors wanted to get out of the EU before the tax transparency laws came into place and wreck their nice little laundering system – but I think that might have more to do with the timing than being the driving force. So this theory is more on the conspiracy side of thinking, but eminently plausible if you consider the close ties between US and UK security services, the need to maintain the status quo for all state actors, and the huge amount of money involved. It came to me while reading about the gold-standard ending – it was what the US based their currency value on until Nixon scrapped that in favour of our current fiat system (all western economies adopted it) – but the US went on to effectively base their value of currency on oil – hence the term petrodollar – making an agreement with Saudi Arabia so that all oil is bought and sold in US dollars – which effectively makes any oil-using nation beholden to the US. Nice work if you can get it.

Now, (yes I know this is taking ages, I have better things to do too), there was an incident recently – I will need to look for which country it was, I have totally forgotten that detail for some reason – where this country was making an agreement with the EU to buy oil in Euros. This is a major thing – it would mean the US didn’t have a monopoly, and the EU would be serious competition – and the value of the petrodollar would be in jeopardy. A huge problem for the US. Sanctions were applied or threatened I believe (I will have to check this), and no deal was made to buy oil in Euros.

Having observed some of the terrible behaviour of UK politicians in their ‘negotiating’ with the EU, and their generally hostile attitude, and their rather inflammatory attempts to negotiate with individual EU countries, and some of the reporting – sensationalised style – that the EU will not survive Brexit, it will soon crumble etc (despite every single piece of evidence showing it to be holding strong, united, and resilient – in fact more so now) – strange how this reporting is totally contrary to reality. We also have evidence, through the Anonymous leaks of the integrity Initiative documents that the UK is actively trying to influence other EU countries with misinformation (not really cricket that).

And we know that the US, the UK and Saudi Arabia are the bestest of buddies.

Well, what if the whole plan in the first place (opportunism or not) was to destabilise the EU? (To stop it muscling into the Oil selling/buying market with the Euro). The US promises the UK elites some rewards (gold investments I am sure are just a tiny fraction of deals going on), they full on make a dogs dinner of it to cause as much disruption as possible, and they are untouchable as politicians (refer to Tony Blair and war crimes) so can retire fat and happy. The EU doesn’t seem to be playing ball with this plan though. But keep an ear out for all those mentions of ‘the EU won’t survive this’, ‘it’s on its end days’, ‘PM will make a deal with,,,(EU country)’ – why else would these things still be getting said when at no time the EU has ever shown the tiniest chink of weakness, or shown any lack of solidarity or deviation of their stated intentions? So, could it be the US trying to oust the potential competition?