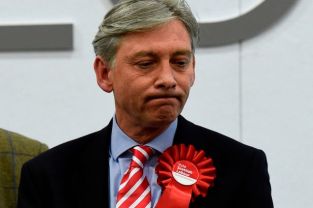 Squeezed into three minutes of BBC Breakfast this morning we got a sad Andy Murray, the EIS having meetings about striking, the GMB warning their hospital porters about sharps and researchers telling us that people who miss GP appointments are more likely die.

I’ll get back to Operation Obvious Eejit but first, remember three things:

More detail with sources for evidence are listed at the foot of this report.

Perhaps higher in the consciousness of editors at Pacific Quay is the sense that contributions to Operation Obvious Eejit (OOE) are important for their careers. OOE is the willing coalition of Richard Leonard and his old chums in the trade unions especially at the GMB and RMT but also at Unison and the EIS. So far, we’ve had strikes and protests by care, rail and teaching staff with Richard speaking weakly at them. That such activity is not happening in England or in Labour Wales but only where the feared and loathed SNP can be attacked, is clear evidence of the cynical political nature of these actions and, of course, their callous disregard for staff and those whom they serve.

So, when we hear of ‘a number’ (1? 2?) sustaining injuries including ‘puncture wounds’ (pricks?) at one hospital, we feel we’d like a bit more detail.

When we hear that the EIS is having meetings about deciding whether they might ask teachers if they might decide to strike, we smell a non-story inserted to keep the OOE narrative boiling and sustain the GAC in readiness for any election or referendum.

When we hear that folk, who didn’t get in touch with the NHS, are more likely to die we smell a research award for finding out the bloody obvious. When we hear that, thus, the NHS ‘needs to do more’, we smell again GAC and OOE.

When all of that Scottish miserabilism follows an extended, morbid, gaze at a likeable but very rich and successful tennis player, as he nearly greets for the camera, we sense the editor just getting in the groove for the rest of the choices of what is ‘really happening out there where you live.’

The Power of Early Morning Nightmares: The consequences including even death at home for expectant mothers of BBC Scotland’s reporting of one stillbirth

‘Stress and anxiety could cause early death’ says BBC Scotland. Could exaggerated, melodramatic and distorted, reports on health care ‘failures’, be contributing to thousands of avoidable deaths in Scotland?