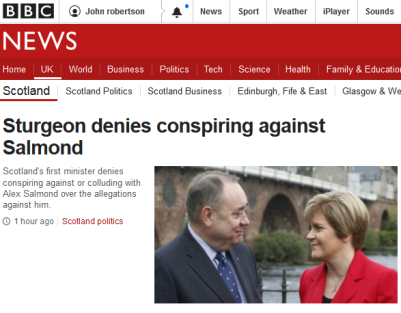 The combined forces of the Union, party branches, broadcasters and press, are all over this one, snapping, howling and slavering like a pack of hyenas round a lion which has stumbled and which they hope is mortally wounded. They’re in for a surprise as it stands, shakes its temporarily confused head, stares at them and pushes through, on its way again.

Back out of Africa – having attacked in the previous days, first by reminding and insinuating against Alex Salmond, then last night, slicing the other way trying to weaken the SNP Government with his victory in the courts over, in reality, a Westminster civil service appointee, they turn.

Now high on adrenalin, they try to use his victory to split off what they think is a compromised First Minister who, though a friend of his, must defend her Permanent Secretary. Indyref2 predicted this some months ago.

Richard Leonard looks nervous as his colleagues urge him onward – fight, fight, fight. Gammon-faced with pantomime rage, Jackson Carlaw, throws himself at her, all bluster and unsure footing.

BBC Scotland and the Herald feed their diminished audiences who, frankly, have seen more blood with David Attenborough. The Scotsman goes mental letting off its blunderbuss. 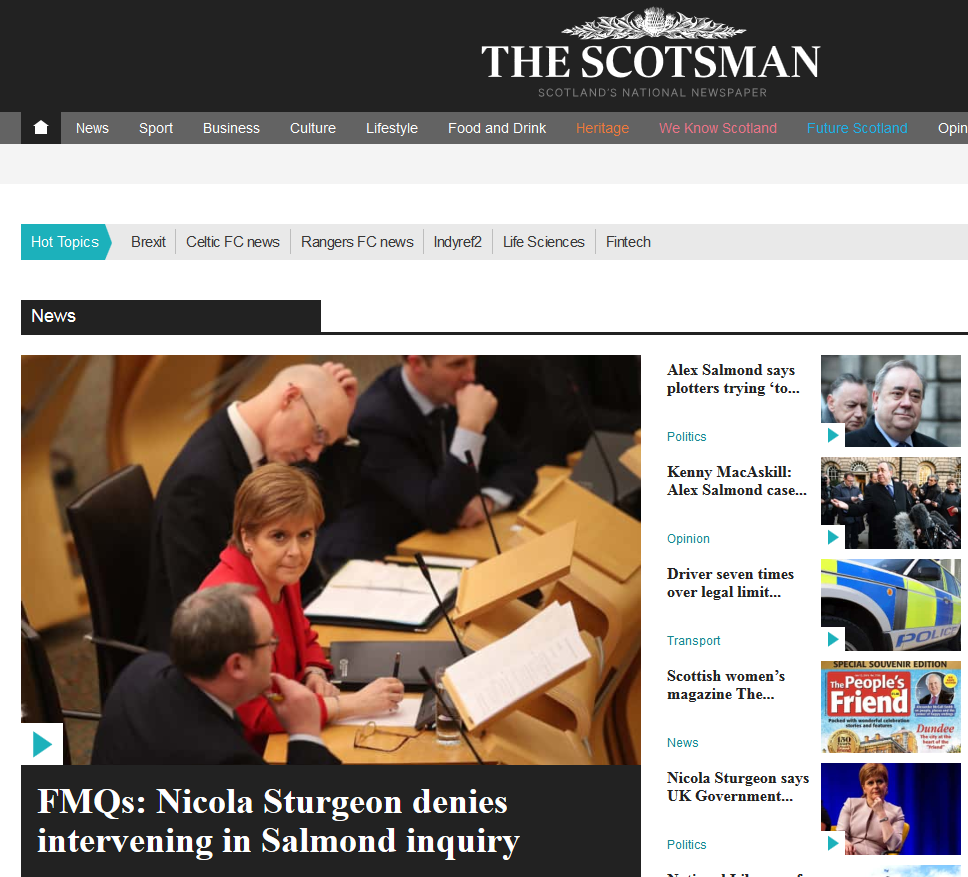 Some reader and viewers, trapped in front of their TVs or tired-eyed behind their papers, believe it really is happening. ‘Salmond is in for it now! Sturgeon has made a fatal mistake! She won’t last.’

But wait, as in SNP Civil War I, the infantry have not moved. Kenny is talking to the press. The MacTwittersphere is alive with debate. The Yes movement is showing signs of some anxiety, but the SNP seems unflinching in its outward stare.

The two ‘big beasts’ are wounded. They show it in their faces, but they are not turning toward each other with hatred. At worst there is regret but that will pass.

You should never predict anything in politics, but I’ll make an exception this time. Sturgeon will stay and lead impressively as Brexit and Indyref2 return in full force to demand everyone’s undivided attention. Police Scotland will not proceed with a case against Alex Salmond and the ‘offenses’ will turn out to have been, at worst, relatively minor, not physical and the kind of thing older guys sometimes forget they should not say these days but do say with a drink in them. [If I’m wrong I will eat my hat….which is made entirely from dark chocolate-covered ginger snaps]. Despite that, the media will attempt to blame him for the disappointment the two complainants now feel. The permanent secretary will take a package and she, with her alleged ‘rock’n’roll husband, will go off on his motorbike, three strings of pearls flying, to make a Scottish version of a Star is Born.

The SNP hold tight and focused on its purpose.

It’s that sense of overriding purpose that means the SNP will not split. Though now huge and with great diversity within it has a common core of such strength and meaning that it holds the centre together easily.

Labour, Conservatives and Lib Dems, in contrast, are coalitions of convenience sharing few essential values or visons. Pragmatic and calculating, they will readily jump ship and join each other as long some material need is promised to be met.

Though some SNP members are most concerned with greater economic and social equality, where others are driven by a desire for a place where all, women, ethnicities, sexualities, beliefs, are treated with respect, where still others foreground the environment and where some, like me, care most about having a foreign policy free of imperialist pretensions and violence, all know one thing.

We know that only independence from the last part of hostile, unequal, jingoistic, delusional superior, Britain, will allow any of our shared desires to be achieved. We know how high the stakes are. If we split, all is lost. The centre will hold because it must.