There’s evidence and there’s evidence in the debate about obesity. There’s ‘research’ by a company manufacturing a natural alternative sweetener, NatVia, sold in competition with cane sugar. There’s research by Atomik who provide ‘business insights that support decisions’ and ‘research that hits nationwide headlines.’ Or, there’s research by the London School of Hygiene and Tropical Medicine. The last of the three published peer-reviewed research in May 2018 which offered evidence that the childhood obesity increase in Scotland was likely to flatten out and even reduce, unlike that elsewhere in the UK. The researchers also explicitly credited Scottish Government policy initiatives and resource allocation strategies for this improvement. At the time BBC Scotland misrepresented this report to remove any whiff of that credit.

Needless to say, the Express went for the first two, partisan, non-peer-reviewed, surveys to produce fake news for their Scottish readers. Based on the NatVia study:

‘Scottish children risking obesity with high sugar intake: A third are already too fat. Scottish children risk a lifetime of ill health by exceeding their daily recommended sugar intake in treats alone, a survey has found. They are eating 45g of sugar – the equivalent of 10 teaspoons every day – double official guidelines for the youngest age group.’

‘According to the Atomik Research survey of 2,000 people, children north of the Border attend an average of 10 birthday parties a year where they gorge on 2,670g of sugar. Easter weekend sees them consume an average of 392g of sugar, 259g at Hallowe’en – and 1,628g over Christmas.’ 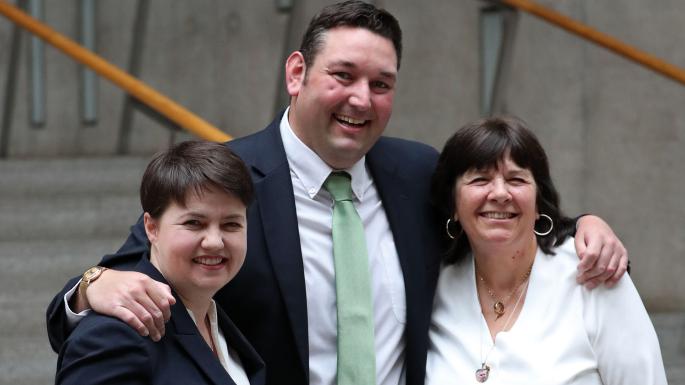 I’m saying nothing. I won’t be accused of an abusive ism.

Finally, and irony-free, we got this:

‘Scottish Tory health spokesman Miles Briggs said: “Public attitudes to sugar are changing, but we need consumers, industry and both of Scotland’s governments to work together. This year, the UK Government led the way on tackling the obesity problem with a high sugar content levy. “We now need to see the SNP match that ambition – and bring forward real action to improve the health and nutrition of young Scots.”’

So, to the reliable research, ignored because its findings didn’t fit the agenda. 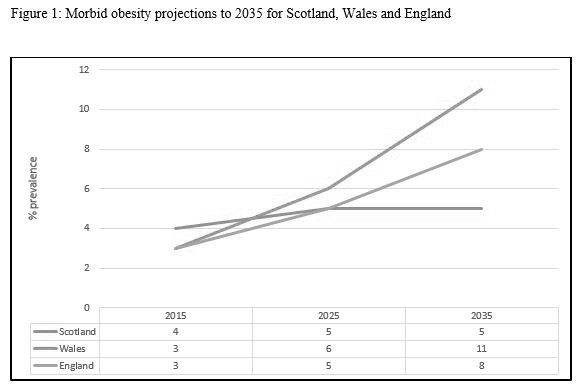 Based on research led by Laura Webber of the London School of Hygiene and Tropical Medicine:

‘The government [Scottish] put a massive push on developing a route map for how we can actually combat this. They put together resources from the NHS [Scotland] that were proving to be effective. They did put a lot of work into it.’

Further evidence of the effectiveness of the above initiatives:

‘However, almost no 15-to-24-year-old males in Scotland are expected to fall within this category, compared to 6% of the same group in England, the data shows.’

Some Scots must be buying the Express. The English medieval soldier in the banner is clearly an attraction.