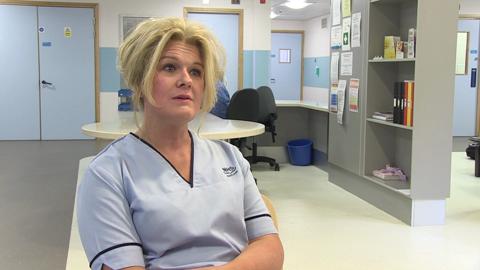 Pay £28 000 to train as a nurse but hopefully earn too little to pay it back?

One of Reporting Scotland’s favourite sources of ‘news’ is always a new report from the Fraser of Allander Nice Neoliberal Institute (FANNI). Their latest warns, oh my god, that health care will cost more as the Scottish population ages. Wait, is this new?

Anyhow, never mind the rest of Douglas Fraser’s report (Wait, another ‘Fraser’, is he a FANNI too?), but this bit takes the biscuit:

One of the politically challenging suggestions they put forward is for the introduction of student tuition fees.

‘Politically challenging’ is an interesting way of saying ‘daft’. Now you can see why FANNI and Douglas keep coming back to this. Free university tuition is clearly bad for the Loyalist parties and media. Along with a better-functioning NHS it might lead some to think the SNP are more capable than is desirable but suggesting this, with busy nurses in the background, is ill-judged even for them. See this from the Guardian in February 2018:

Nursing course applications fall for second year after student bursary scrapped. Applications to study nursing in England have fallen for a second year, dropping by a third since the Government removed bursaries in 2017 requiring nurses and midwives to pay £9,000 a year in fees. UCAS figures for the first wave of applicants hoping to start university courses in September 2018 show that the number of students wanting to study NHS nursing have again fallen sharply, by 13 per cent on last year.

So reintroducing tuition fees for nursing students in Scotland would result, a few years later, in greater numbers of unfilled vacancies. Oh, yes, I get it. Nursing vacancies are a good thing for Reporting Scotland, Douglas and FANNI. See my next post.