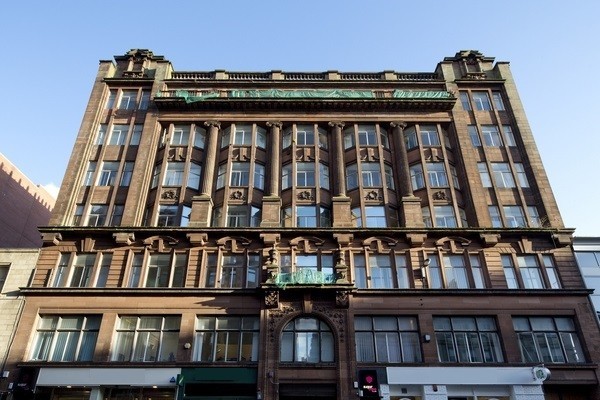 ‘Glasgow’s city centre office market has experienced its best ever half year performance and is on track for a record year, according to property advisors. In the first six months of 2018, almost 583,000 square feet of office space was let, with 51 deals completed. Take-up has already surpassed the 10-year annual average of 492,335 sq ft and achieved 93 per cent of total take-up recorded last year at the half way mark. 2018 is set to be a record-breaking year for take-up.’

Now, if I read the last bit correctly, it means that take-up of office space in Glasgow, in the first half of 2018, was nearly the same as for the whole year in 2017. So, the increase in demand is running at around 100%!

And more evidence of a strong economy: starting salaries in Scotland increase at quickest rate for more than 3 years

One more of many indicators of good economic health: 76% fall in total value of bad debt decrees.

More real economic data: 37% surge in investment in Scottish commercial property, greater diversity and higher profitability than in the UK

Shop closures across Scotland down 35% in 2017 and net increases in openings in Paisley, Dundee and Falkirk. Yet another sign of growing economic strength?

Scottish unemployment was already lower than in most parts of the UK and Scottish youth unemployment continues to be the second lowest in the EU after only economic powerhouse Germany!

Only in Scotland! ‘A review of small country’s approaches to public policy reform in response to economic, demographic and other pressures found that only in Scotland could this ‘golden thread’ be so clearly discerned’

For a reminder of the limitations of GDP figures see:

When will Scotland’s economics correspondents catch up with current thinking on GDP? When they can find something else to attack the SNP with.

However, it’s also worth remembering that even our GDP figures are better than those in the non-Scottish parts of the UK:

Scottish GDP grows by 10 times UK rate in first quarter of 2018 or could that be 30 times with proper taxation of oil revenue?