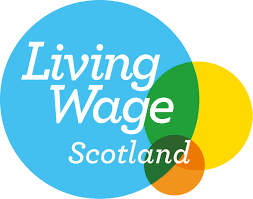 Scottish housing associations look like being next to offer all their workers the real living wage of £8.75 per hour after the Director of Angus Housing Association called for all housing associations to lose public subsidies unless they commit to achieving Living Wage accreditation.

It seems likely the Scottish Government will be sympathetic to the call as it already has a policy to pay all public-sector workers the living wage. Similarly, NHS Scotland will pay the living wage to all its employees. See these earlier reports for more detail:

With 1 in 4 living wage employers already in Scotland, the Scottish Government aims to make this a ‘Living Wage Nation’

The UK Government living wage is only £7.50 per hour and payable only to over-25s. The report in Scottish Housing News does not make clear the starting point for the Living Wage but I understand from other sources it will be 21.

Another small but important step to becoming a ‘better nation?’

4 thoughts on “Another step on the way to becoming a ‘Living Wage Nation’ and a ‘Better Nation?’”