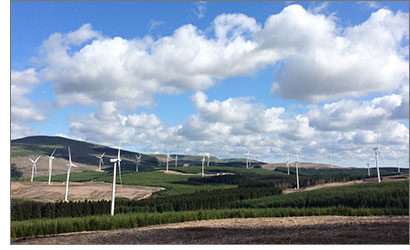 We have roughly 2 500 000 homes in Scotland and already have enough wind and tidal capacity to meet the demand for 3 200 000* homes after the installation of a new 1 Gwh wind-farm in a national forest near Dumfries with the capacity for 500 000 homes. According a to fully-sourced Wikipedia account, Scotland has:

*This, of course, depends on wind energy collected but we have already had one complete month (October) with 189% and another (May) with 95% prior to the completion of the three massive offshore fields – Neart Na Gaoithe, Inch Cape and Seagreen in the Outer Firths of Tay and Forth.