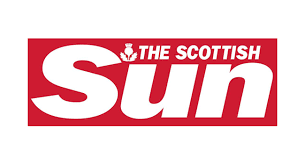 Here’s what the Scottish Sun said:

‘It’s been complied [sic] for the best part of a quarter of a century, since it was invented by Tory Scottish Secretary Ian Lang as a stick with which to beat the SNP. He wanted to create a set of figures which would prove there was no possible economic case for independence and, quite frankly, he didn’t care how he did it. Back in the good old days GERS included everything, right down to Scotland’s share of running the National Gallery in Trafalgar Square because that’s a “national” resource for the benefit of everybody while the National Gallery of Scotland is just a little local outfit for the Jocks.’

It’s spot on politically as long as you stop reading there. The vampirish Lang did do just that but the GERs figures are of course compiled and not complied. Mind you, there’s a wee Freudian possibility there in that Lang was complying with his English masters’ wishes in arranging to compile the figures….complicated, complementary, complete fn tosh?

I’m not suggesting here that the Sun’s writers are any more thick than those at BBC Scotland when it comes to making sense of GERS or the above criticisms from Prof Richard Murphy. So, well done the Scottish Sun? A for effort, E for grammar/spelling.