There have been several reports here of the Scottish Government’s plans to link Scotland, economically and culturally, with Scandinavia and the wider Arctic Circle countries. See:

Now, we read in Energy Voice, today, of a physical link to Norway with a two-way energy cable:

‘Plans for a giant energy cable linking the north-east with Scandinavia could be given the go ahead this week. The North Connect Project will link Peterhead to Norway with a 415-mile cable, and it is hoped the move can boost the renewable markets in Scotland and Europe. The link will have a capacity of 1400MW and will go under the North Sea from Simadalen in Norway to a site near Boddam.’ The interconnector will allow energy to be shared between Scotland and Norway, meaning hydro power from Norway can be transferred to Scotland when local renewable sources such as wind power cannot meet demand, and vice versa for periods where Norwegian sources are struggling.’

The cable will be funded by Marine Scotland which is the part of Scottish Government that is responsible for the integrated management of Scotland’s seas. 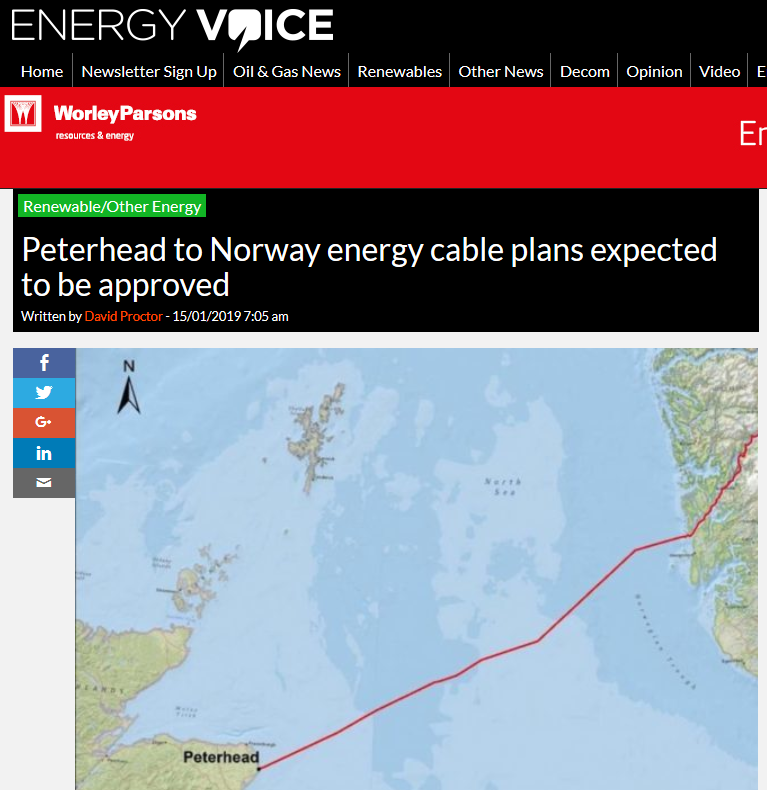 5 thoughts on “Scotland’s energy production to link with Norway”